Samsung made big waves when it announced the Galaxy S4, but another premium device just became available to fans of Android. 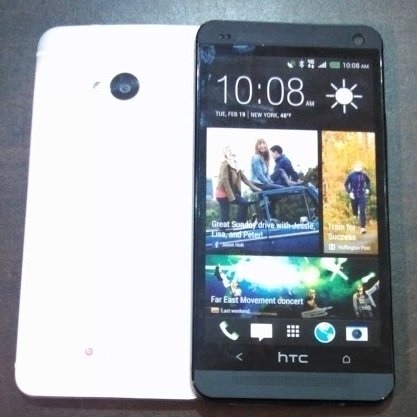 Samsung has carved itself a comfortable spot as the sales leader in the market of Android smartphones—a position which affords the electronics giant a great deal of attention when it chooses to unveil a new flagship device—but HTC is hoping to challenge its dominance with a new premium phone that began to hit store shelves this weekend.

The HTC One can go toe to toe with Samsung’s Galaxy S4 in terms of specifications, boasting a quad-core 1.7 GHz processor, 2300 mAh battery, and 2 GB of RAM. Most versions of the phone will come with 32 GB of storage; though there is no slot for expandable memory, AT&T will carry a 64 GB variant and a “Developer Edition” is available directly through HTC with the same high capacity. Its 4.7” screen measures in .3” smaller than that of the S4—trading greater screen real estate for a slightly more compact size—though it still bears 1080p resolution and consequently has slightly higher pixel density than Samsung’s latest.

The One also boasts notable improvements in several more tangible categories. Forgoing the fragile plastic which many electronics are presently made of, the new HTC flagship is constructed of a more durable gapless aluminum body which is in turn curved to more comfortably rest in one’s hand than more traditional flat-backed designs. “BoomSound” speakers offer actual stereo sound built directly into the phone, are powered by amplifiers, and are placed on the front of the device to actually project toward the listener; this gives the One a substantial boost in audio power compared to the miniscule sound produced by most smartphones.

Accompanying the 2.1 megapixel front-facing camera is a new “UltraPixel” rear camera with improved optical sensors which captures more light than competing 8 and 13 MP cameras are capable of, thus providing crisper pictures even in lowlight settings.

Presently, the One can be purchased from AT&T, Sprint, and directly through HTC; T-Mobile will also be carrying it as of Wednesday. Verizon has not released any official plans to carry HTC’s latest, though the company will have the Galaxy S4 at some point in May.