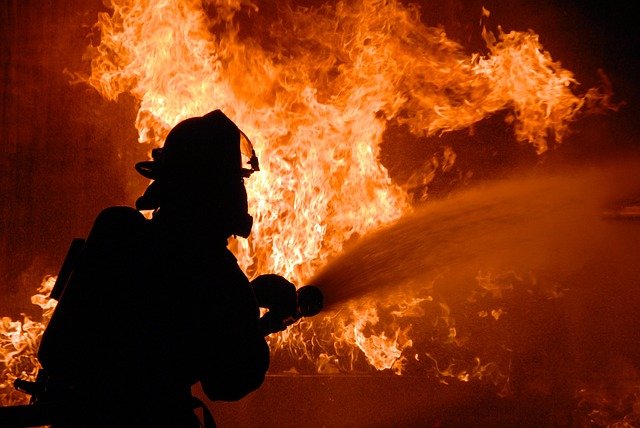 Albany, NY - October 30, 2017 - Governor Andrew M. Cuomo today welcomed home a team of 20 New York State Department of Environmental Conservation Forest Rangers, staff, and volunteers who helped battle and contain wildfires in Sonoma County, California. This is the third New York firefighting crew dispatched to fight wildfires in western states this year.
"These brave New Yorkers stepped up to help our neighbors at their time of greatest need and after battling dangerous wildfires in California, I'm proud to welcome them back home," Governor Cuomo said. "New Yorkers are tough, but they are caring and these courageous men and women truly encapsulate the very best of this spirit."
When the New York crew arrived in California, 23 lives had been lost and hundreds of homes were destroyed or threatened by the worst wildfire in California history. By the time the crew departed, a total of 7,010 structures were destroyed and another 487 structures damaged. Currently, the fire is 95 percent contained and full containment is expected by the end of the month.
The firefighting team is made up of DEC employees and volunteers, including State Forest Rangers that joined crews from other states to help battle the wildfires. When the New York crew arrived, they were assigned to the Nuns Fire and later transitioned to the Tubbs Fire during their two-week deployment. More than 700 firefighters and support personnel continue to work to suppress these fires.
The returning crew of New York Forest Rangers, employees and volunteers from across the state include:
The crew created control lines with hand tools, chainsaws and intentional fire to contain the wildfire and protect threatened homes. They worked in difficult terrain near local communities and endured daily temperatures hovering close to 90 degrees.
"I commend our Forest Rangers, staff, and volunteers for their bravery over these past two weeks in helping to contain this wildfire and protect precious natural resources and private homes," said DEC Commissioner Basil Seggos. "All New Yorkers should be proud of work our fire crews do to battle these blazes. For nearly 40 years, New York has stood ready and willing to assist our sister states in their time of need."
The team of firefighters began their assignment in California on October 15, and arrived back in the Capital Region on October 28.
In 1979, New York sent its first firefighting crew to assist western states with large wildfires. On average, one or two crews have been sent as needed, to assist with wildfires every year since. Due to the significant fire situation faced by many western states this year New York was able to send a third crew along with several single resources.
This year, DEC sent a total of 60 firefighters, including the three crews, to several western states as well as an additional 5 Rangers to Hurricane Harvey. In addition to helping contain the national wildfires and minimize damage, these crews also gain valuable experience that can be utilized fighting wildfires and managing all-risk incidents in New York.
All personnel and travel expenses for the New York crews are either paid directly by the U.S. Forest Service or reimbursed to New York State based on a mutual aid agreement between states and federal land agencies.