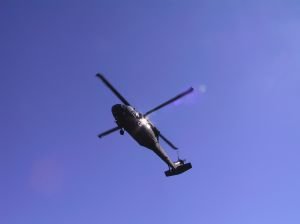 “On behalf of all New Yorkers, we send these citizen soldiers our best wishes and prayers as they leave New York to prepare for their deployment to the Middle East,” Governor Cuomo said. “These men and women have served New Yorkers well, including providing critical storm response during the last few years, and now they have answered the call to serve our nation overseas. We look forward to seeing them return home safe and sound.”

The 3rd Battalion 142nd Aviation has deployed aircraft and soldiers in support of missions in Honduras and Bosnia; rescue operations following Hurricane Katrina in 2005; the response to the World Trade Center attacks in 2001; and the state response to Tropical Storms Lee and Irene in 2011; and Superstorm Sandy in 2012.

In 2008, the unit deployed helicopters and aircrew to Iraq and supported the 10th Mountain Division. During that deployment, the battalion, operating as Task Force Jester, moved 50,000 people and 1,000,000 pounds of cargo between bases in southern Iraq. The aviators will perform a similar mission in Kuwait.

Members of the 642nd Aviation Support Battalion will also deploy to Kuwait, which includes elements in Ronkonkoma, Rochester and Dunkirk, and the headquarters company of the 42nd Combat Aviation Brigade based in Latham. These soldiers are due to leave New York on October 4 aboard charter aircraft.

The 42nd Combat Aviation Brigade will take command of 400 Soldiers of the Army's 4th Battalion 227th Aviation Regiment, an Attack Reconnaissance Battalion based at Fort Hood which flies the AH-64 D Apache "Longbow" attack helicopter. The brigade will also be assigned the 400 troops of the 3rd Battalion 238th General Support Aviation Battalion which is a Michigan National Guard aviation unit with some elements from the Delaware National Guard.

A General Support Aviation Battalion includes UH-60 helicopters configured as air ambulances for medical evacuation, UH-60 helicopters used to move personnel and equipment, and CH-47 heavy lift helicopters which can move up to 30 troops and large amounts of cargo. The three New York National Guard elements will mobilize for federal duty at the beginning of October. The Soldiers will be on federal active duty for 12 months and spend about nine months in Kuwait following training at Fort Hood, Texas.