Governor Cuomo announced the state has committed $2.5 million to build or improve 13 playgrounds at eight State Parks across New York. 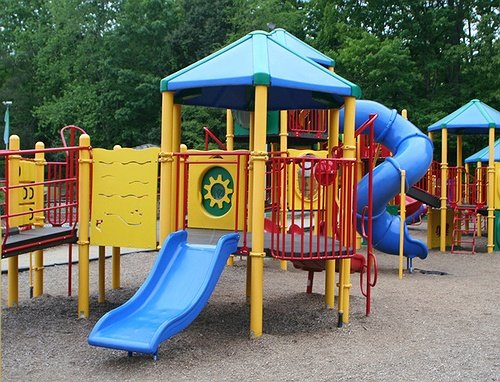 “New York's state parks are second to none and these playground improvements are yet one more reason for families to pay them a visit,” Governor Cuomo said. “With this funding, we are building on our success in improving state parks and are encouraging a new generation of New Yorkers to appreciate the great outdoors.”

Under the initiative, State Parks will replace outdated playgrounds at the parks with modern, code- compliant equipment and distinct areas for young and older age groups. Playground improvements will be coupled with site improvements, including shade trees or canopies, seating, water fountains and trail/walkway connections to the rest of the park.

Construction will take place following the peak summer season. The playgrounds are expected to be ready for use next year.

Since 2011, State Parks has built or improved 47 playgrounds as part of the Governor’s historic commitment to improving parks and expanding access to outdoor recreation. The Governor's NY Parks 2020 program is a multi-year commitment to leverage $900 million in private and public funding for State Parks from 2011 to 2020. The 2015-16 State Budget allocates $110 million toward this initiative.

The New York State Office of Parks, Recreation and Historic Preservation oversees 180 state parks and 35 historic sites, which are visited by 62 million people annually. For more information on any of these recreation areas, call 518-474-0456 or visit www.nysparks.com.