Nassau County has combated heroin and opioid abuse through a comprehensive strategy that includes enhanced enforcement, education and awareness. 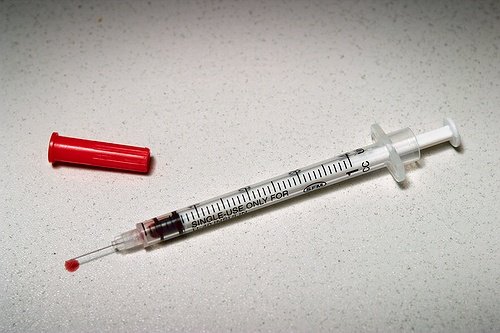 “The abuse of Heroin and opioids is an epidemic that affects not just Nassau County, but the entire nation,” said County Executive Mangano. “I thank Senators Hannon and Martins for providing the police department with additional funds to investigate every overdose occurrence. Our detectives are working daily to take down dealers, stop the flow of drugs into our neighborhoods and catch those responsible for the death of our young people.”

Upon report of an overdose occurrence, detectives from the NCPD’s Narcotics and Electronics Squad are now assigned to the case, who, with the assistance of a designated Intelligence Analyst, investigates each overdose. In the event of a fatal overdose, a Homicide detective is also assigned. This approach has proven successful.

“Every Nassau County community is affected by the heroin epidemic. Nassau County’s Police Officers are working aggressively and tirelessly to catch the drug dealers who are poisoning our communities. Enhancing their ability to investigate overdoses will lead to more drug dealers being arrested, taken off the streets, and put behind bars where they belong. I am pleased that Senator Hannon and I were able to deliver these funds to help Nassau’s finest better protect our communities,” said Senator Jack Martins.

Senator Kemp Hannon stated, “I am proud to join with County Executive Mangano in the fight against heroin addiction. This funding will go a long way in assisting our law enforcement officers to do just that. I have been diligently working to fight heroin and opioid addiction in the State Legislature by spearheading measures such asI-STOP, expanded access to Naloxone (a medication that can reverse an overdose), new treatment models, and better insurance coverage of addiction treatment. Funding our police so they have the tools they need to investigate fatal overdoses is another important way to combat this deadly scourge.”