Dix Hills Park will honor the trailblazing Town Supervisor, who died this year. 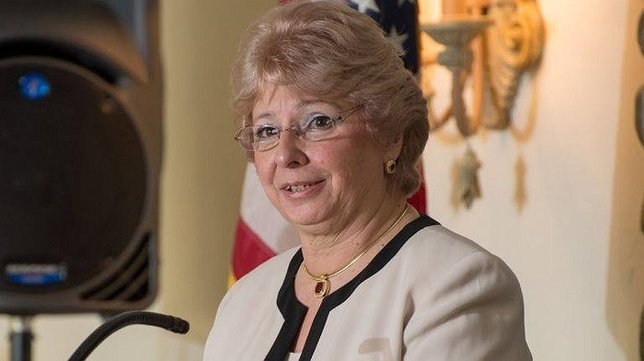 Recently, the Huntington Town Board passed a resolution to rename Dix Hills Park to recognize the Town’s first female Supervisor, Antonia “Toni” P. Rettaliata-Tepe, and her husband, Philip H. Tepe, who served on the Veterans Advisory Board and was Commissioner of the Dix Hills Fire Department.

The couple passed away less than three weeks apart this past spring, according to a press release from the Town.

The resolution came on what would have been on Rettaliata-Tepe’s 76th birthday.

“Supervisor Rettaliata’s election, first to the State Assembly in 1979 and then to the Town Supervisor’s office at the age of 43 in 1987, broke a glass ceiling decades ago for all women who aspire to achieve great things in public service,” said Town Supervisor Chad A. Lupinacci. “Antonia ‘Toni’ Rettaliata-Tepe and Philip H. Tepe are deserving of recognition matching their decades-long devotion and dedication to the greater Huntington community and our country.”