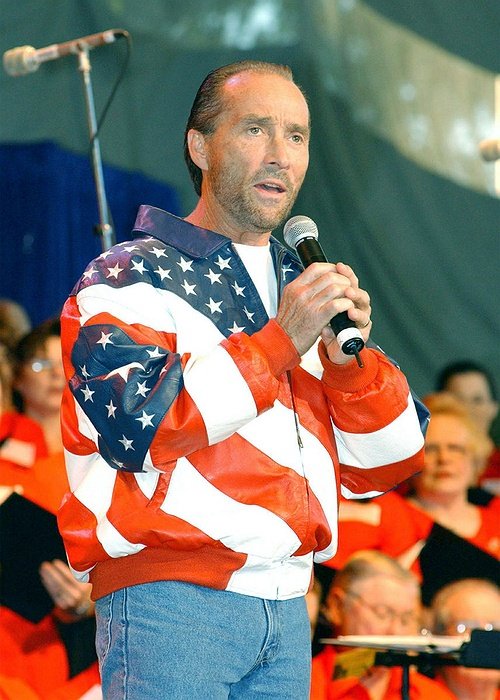 Photo by: Airman or employee of U.S. Air Force, via Wikimedia Commons.

Lee Greenwood has won numerous industry awards including, Male Vocalist of the year for the Academy of Country Music in 1983, two Male Vocalist of the Year awards from the Country Music Association, 1983 & 1984 and a Grammy for Top Male Vocal Performance in 1985 for “I.O.U.”. He also won CMA Song of the Year in 1985 for writing “God Bless the USA.” The song, “God Bless the USA” has been voted the most recognizable patriotic song in America. The singer knows first-hand what it’s like to have loved ones fighting for the freedom of all Americans as his father served in the Navy & the Merchant Marine in World War II. “God Bless the USA” is now part of the film for Homeland Security shown when swearing in new citizens to the United States.

The Harry Chapin Lakeside Theatre is an outdoor theatre located near parking fields 6 and 6A in Eisenhower Park. Special accommodations are available for disabled patrons, including reserved parking, easily accessible restrooms, and a convenient reserved location on the hill. Assistive hearing devices are available for the hearing impaired. There is no formal seating at Lakeside Theatre, so concertgoers are urged to bring folding chairs. If weather conditions are doubtful, call (516) 572-0355 after 6:00 p.m. for updated performance information.