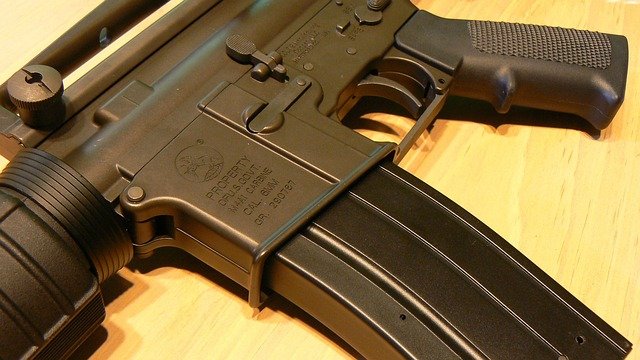 New York, NY - October 19, 2017 - Attorney General Eric T. Schneiderman today announced that a coalition of 13 Attorneys General filed a friend-of-the-court brief urging the United States Court of Appeals for the 9th Circuit to uphold a California ban on the possession of large-capacity ammunition magazines for guns. The brief urges the court to overturn a lower court’s order preliminarily enjoining the law, and argues that nothing about the Second Amendment, under Supreme Court precedent, prevents states and the District of Columbia from enacting reasonable gun regulations.
“Common sense gun laws are vital to keeping families safe – and states have every right to enact them to protect their communities,” said Attorney General Schneiderman. “We’ll continue to do what it takes to keep New Yorkers safe from gun violence through our comprehensive approach.”
The California law bans magazines that hold more than 10 rounds of ammunition. These large-capacity magazines, or LCMs, are disproportionally used by mass shooters to kill and injure large numbers of people quickly, including law enforcement officers.
“Both common sense and empirical evidence suggest that prohibiting LCMs will reduce the number of crimes in which LCMs are used and reduce the lethality and devastation of gun crime when it does occur,” the brief notes. “At the same time, there is no proof that LCMs are necessary—or even commonly used—for self-defense.”
The brief, available here, underscores that whatever policy judgment an individual state may make, Supreme Court precedent supports a state’s ability to experiment with and reform gun laws. “In dismissing California’s reliance on the empirical and anecdotal evidence before it, the court below applied a cramped and overly demanding standard of what constitutes substantial evidence and eliminated the deference to which California’s predictive judgments are entitled,” the brief says.
The brief was led by D.C. Attorney General Karl A. Racine and filed by the attorneys general of New York, Connecticut, Delaware, Hawaii, Illinois, Iowa, Maryland, Massachusetts, Oregon, Rhode Island, Virginia, Washington, and the District of Columbia.