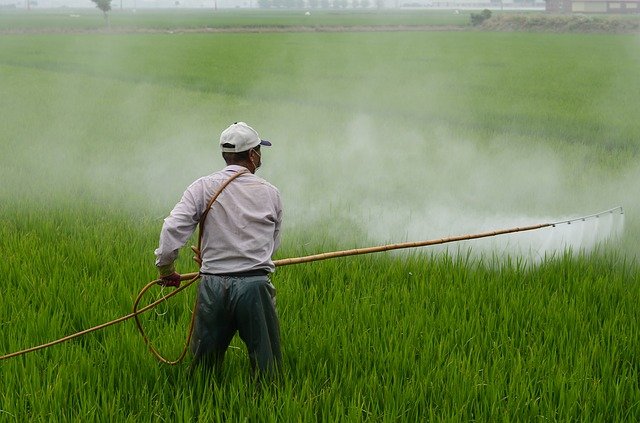 New York, NY - July 6, 2017 - New York Attorney General Eric T. Schneiderman is leading a coalition of six Attorneys General in taking legal action against the Trump administration over a toxic pesticide shown to harm children’s neurological development.
The Attorneys General moved to intervene in a lawsuit against the Environmental Protection Agency (EPA) in the Ninth Circuit Court of Appeals, after filing legal objections with the EPA last month. In March 2017, EPA Administrator Scott Pruitt took action that allowed the continued use of chlorpyrifos on food crops even while the agency failed to identify a safe level for the pesticide. Chlorpyrifos is widely used, including on fruits and vegetables consumed by infants, young children, and pregnant women, and is shown to negatively impact proper development and functioning of the central nervous system and brain.
“Again and again, the Trump EPA has chosen special interests over the health and safety of New Yorkers and all Americans,” said Attorney General Schneiderman. “Job Number One for the EPA should be protecting Americans’ wellbeing, especially that of our children. Yet the administration is jeopardizing our kids’ health, allowing the use of a toxic pesticide for which it can’t even identify a safe level. When the Trump administration refuses to follow the law, Attorneys General stand ready to step up and fight back.”
Joining Attorney General Schneiderman in the motion to intervene are the Attorneys General of Maryland, Massachusetts, Vermont, Washington, and the District of Columbia. Click here to read the filing.
The Attorneys General charge that the EPA failed to make a key safety finding needed to continue to allow levels of chlorpyrifos on fruits and vegetables consumed by the public. They are seeking to intervene in League of United Latin American Citizens et al v. Pruitt, in which environmental, human health, and farmworker groups are asking the Court to find that the EPA cannot lawfully continue to allow chlorpyrifos “tolerances” – or permitted residues – on food without finding that they are safe.
In 2014, two members of the group sought help from the Court to compel the EPA to take final action on their petition to revoke all chlorpyrifos tolerances and eliminate its use on food. In November 2015, the Agency proposed a revocation of all chlorpyrifos tolerances on food, finding that it was unable to conclude that the risk from aggregate exposure meets the applicable safety standard under the Federal Food, Drug and Cosmetic Act (“Food Act”). In December 2015, the Court directed EPA to take final action by the end of 2016; in November 2016, the EPA issued a second notice related to the proposed rule, again noting that the use of chlorpyrifos on food continues to present a risk that does not meet the Food Act’s safety standard.
In an abrupt change of position, on March 29, 2017, EPA Administrator Scott Pruitt issued an administrative order denying the 2007 petition by the non-governmental organizations, and blocked the proposed rule revoking chlorpyrifos tolerances. Although EPA’s order left food tolerances in effect, the agency failed to make a key safety finding under the Food Act. The Food Act requires EPA leave tolerances in effect only if it finds them to be safe, and to revoke tolerances if the Agency is unable to determine that the levels are safe. Administrator Pruitt’s March 2017 order puts off until October 2022, if not longer, any decision on whether to revoke or modify current residues or tolerances for the pesticide.
In June 2017, the coalition of non-government organizations challenged the EPA Administrator’s order in the Ninth Circuit Court of Appeals in Seattle. The Attorneys General seek to intervene in that case, and also have filed a legal objections with EPA directly, arguing that the Administrator’s order leaving in place current chlorpyrifos residues on food violates the Food Act because they have not been found safe.
Chlorpyrifos is one of the most widely used insecticides in the United States. It is used on numerous food crops, including those consumed by infants and young children such as apples, strawberries, bananas, pears, peaches, nectarines, and cherries. Residues of the pesticide have been repeatedly documented in baby foods and juices. The USDA’s Pesticide Data Program shows that detection of chlorpyrifos residues is common on many foods. For example, residues were found on over 42% of almonds sampled in 2007 and 2008 (the only two years almonds were tested).
The pesticide acts by inhibiting an enzyme that is key to the proper development and functioning of the central nervous system and brain. Several studies have shown that children born to women exposed to chlorpyrifos during pregnancy had cognitive and motor development delays in the first three years, and structural changes in the brain, lower working memory and IQ scores at age seven, and movement disorders (including arm tremors) by age eleven.
Chlorpyrifos has been subjected to regulatory review for nearly 20 years, and its toxic harms are well-documented. Most recently, EPA’s own scientists twice were unable to identify a safe level for the pesticide on food.
This matter is being handled by New York Assistant Attorney General Maureen F. Leary and Environmental Scientist Jennifer Nalbone under the supervision of Lemuel M. Srolovic, Chief of the Attorney General’s Environmental Protection Bureau. The Bureau is part of the Division of Social Justice, which is led by Executive Deputy Attorney General for Social Justice Alvin Bragg.