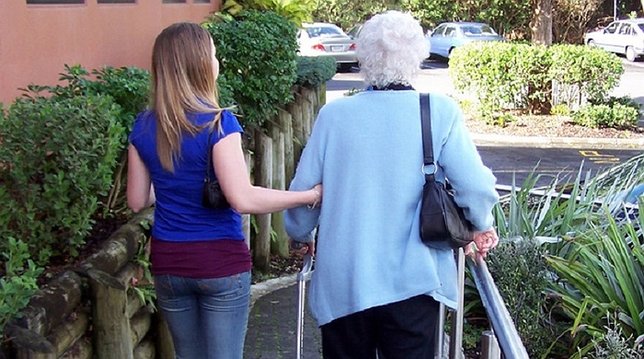 Schneiderman: Nursing home residents are among our most vulnerable, they must be treated with the utmost respect and dignity.

New York, NY - October 18, 2016 - Attorney General Eric T. Schneiderman today announced the arrests of six individuals from the Bronx, New York, Queens and Suffolk Counties for each separately allegedly exploiting the financial vulnerability of elderly nursing home residents. The five defendants from New York City allegedly stole or secured the personal identifying information from patients and used that information to secure cash or credit to which they were not entitled. The remaining defendant from Suffolk County allegedly stole a necklace from a 95-year old female resident.

Today’s arrests illustrate some of the methods by which nursing home residents, a uniquely vulnerable segment of our elderly population, are financially exploited. As today’s cases illustrate, the perpetrators of identity theft are often those most trusted by their victims. Five of the six defendants were caretakers, legally responsible for the care and well-being of their victims.

“Nursing home residents are amongst our state’s most vulnerable citizens, and they deserve to be treated with the utmost respect and dignity by those in charge of their care. It is reprehensible for caregivers to steal from defenseless residents in order to line their own pockets,” said Attorney General Schneiderman. “My office will not tolerate this type of financial exploitation, and we will remain vigilant in ensuring that nursing home resident’s personal and financial information is protected.”

Currently, over 100,000 individuals reside in long term care facilities, such as nursing homes, in New York State.  Each receives medical care and a variety of services depending upon their individual needs to assist them in their tasks of daily living. Annually, the State spends over $3.7 billion dollars for such care. Residents of long term long care facilities, because of their delicate physical, emotional and mental condition, are nonetheless vulnerable to being exploited, be it physically, mentally or through financial abuse.

Indeed, the elderly, including nursing home residents, are often victimized by fraud schemes and various studies estimate that nationwide the elderly lose billions of dollars in personal wealth every year from financial fraud.  One study estimates that 13% of all elderly Americans have been the victims of financial fraud, including identify theft.

Diana English
Prosecutors allege that, on June 4, 2015, defendant Diana English, 60 of Far Rockaway,  the Director of Social Services at Far Rockaway Nursing Home in Queens, removed an elderly, vulnerable and ill resident from Far Rockaway without obtaining the necessary medical clearance to do so, took that resident to his bank, observed him change his personal identification number and withdraw $500, which English then kept. Thereafter, on that date and on several subsequent ones, including once after the resident had passed away in July of 2015, defendant English allegedly accessed the resident’s bank account using the resident’s PIN number and stole $1,200 from his account.  At the time of the bank visit, the resident suffered from an anxiety disorder, various physical issues resultant form hip replacement surgery, short and long term memory deficits, and cognitive deficits and was unable to care for himself.

Sandra Rivera-Tapia
While the Director of Social Work at Holliswood Center for Rehabilitation and Healthcare located in Queens County, prosecutors allege, defendant Sandra Rivera-Tapia, 54 of Brooklyn, acquired a resident’s ATM card and PIN number and using both, stole $7,418.00 from the resident’s bank account.   She did so, prosecutors allege, by making cash withdrawals from various ATM machines in her neighborhood and elsewhere in New York City and by making store purchases using the resident’s ATM card. At the time, the resident suffered from, among other things, schizoaffective disorder, obsessive compulsive disorder, subluxation of the right hip, chronic kidney disease, diabetes and hypertension and was unable to care for himself.

Rivera-Tapia was charged with two counts of Grand Larceny in the Third Degree, Endangering the Welfare of an Incompetent or Physically Disabled Person in the First Degree, and Unlawful Possession of Personal Identification Information in the Third Degree. She was arraigned in New York City Criminal Court - Queens County.

Josephine Cruz
For over a year, between January 1, 2015 and January 28, 2016, prosecutors allege defendant Josephine Cruz, 53 of the Bronx, a finance clerk at Kings Harbor Multi-Care Center (KHMC) in the Bronx was responsible for distributing spending money to residents. These funds came from Medicaid.  In distributing spending money, defendant Cruz was required to track how much money each resident requested on a worksheet. Instead, prosecutors allege, defendant Cruz repeatedly altered the worksheet to reflect that residents had requested more money than they had actually sought and pocketed the difference.  Over the course of a year, prosecutors allege, defendant Cruz, in the aggregate, stole $2,160 from 22 residents at KHMC.

Cruz was charged with Scheme to Defraud in the First Degree and Petit Larceny.  Cruz was arraigned in New York City Criminal Court - Bronx County.

Channel Francis
Prosecutors allege defendant Channel Francis, 40 of Rosedale, acquired the personal identifying information of three elderly and vulnerable residents from an employee of Parker Jewish Institute for Health Care and Rehabilitation in Queens, and opened credit and charge accounts in their names and used those fraudulent accounts to pay her own bills and to purchase thousands of dollars of luxury items, such as handbags and electronics.

Nathalie Germain
Defendant Nathalie Germain, 39 of Brooklyn, allegedly used her position as a certified nurse aide at Mary Manning Walsh Nursing Home (MMW), a residential healthcare facility in Manhattan, to acquire the personal identifying information of many of those in her charge. Armed with that information, prosecutors allege, defendant Germain, online, over the phone and in person, paid a host of personal expenses and made purchases using the financial information of four residents at MMW.   Over the course of summer of 2014, it is alleged, defendant Germain stole over $6,500 from these four residents and attempted to steal another $4,500 from them as well. She used her victim’s limited funds and good credit to pay her own credit card bills, to make a car loan payment, to attempt to pay her Con Edison bill, and to purchase personal items.

Germain was charged with two counts of Identity Theft in the First Degree, Identity Theft in the Second Degree, Attempted Grand Larceny in the Third Degree, three counts of Grand Larceny in the Fourth Degree, and four counts of Endangering the Welfare of an Incompetent or Physically Disabled Person in the First Degree.  Germain was arraigned in New York City Criminal Court – New York County.

Jason Battaglia
Jason Battaglia, 32 of North Massapequa, allegedly stole a necklace off the neck of a 95-year old female resident suffering from Alzheimer’s disease of Gurwin Jewish Nursing and Rehabilitation Center in Commack. Prosecutors allege that on June 13, 2016, Battaglia removed two necklaces from the resident’s neck, one gold and the other silver.  He subsequently placed only the silver necklace back onto the resident and left the room with the gold necklace. Prosecutors further allege that Battaglia later returned the gold necklace to a registered nurse and claimed he found it on the dining room floor, but subsequently admitted to police that he stole the necklace and only pretended to find and return it.

Upon the Suffolk County Police Department’s initial apprehension of Battaglia on the date of the alleged theft, he was charged with Criminal Possession of a Controlled Substance after allegedly being found in possession of nine hypodermic needles and a spoon containing heroin residue. The defendant pled not guilty to those charges, which are currently pending in Suffolk County District Court.

Battaglia was further charged with Grand Larceny in the Fourth Degree, Criminal Possession of Stolen Property in the Fifth Degree, and Wilful Violation of Health Laws. He was arraigned in Suffolk County District Court.

The charges in the criminal complaints are accusations and the defendants are presumed innocent.

The Attorney General would like to thank the Suffolk County Police Department for their assistance in conducting the Battaglia investigation, and the New York State Department of Health for referring these matters.