Arson Bomb Squad Reports Details of a Fire in Elmont

The Arson Bomb Squad reports the details of a fire that occurred in Elmont at 9:38am on October 12, 2013. 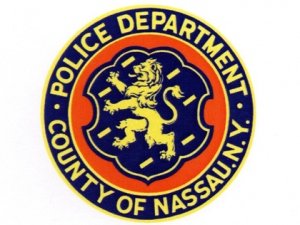 Elmont, NY - October 12, 2013 - According to Detectives, an accidental fire started at 245 Linden Boulevard Elmont as two mechanics were attempting to remove the gas tank of a vehicle in the repair shop.  The male victim, 42, while attempting to put the fire out, became splashed with gasoline and the fire spread to his clothes.  The victim sustained burns to both hands and was removed from the scene by Nassau County Helicopter 6 and admitted to the Nassau University Medical Center for 2nd and 3rd degree burns to his hands and arms.  The building was severely damaged and three vehicles were also damaged by the fire.  The Elmont Fire Department responded with fifty fireman and five pieces of apparatus to extinguish the fire.