Islanders Drop the Puck on Inaugural Season in Brooklyn on Friday, October 9

The countdown to Opening Night in Brooklyn for the New York Islanders is on. A full slate of events is scheduled to begin today and continue through Friday when they face-off at 7:30 p.m. against ... 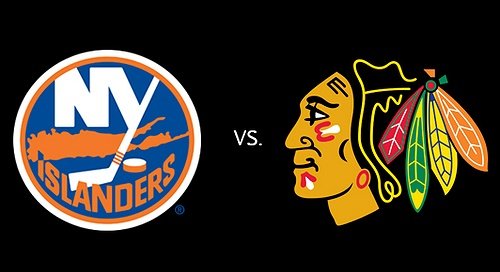 Brooklyn, NY - October 8, 2015 - The countdown to Opening Night in Brooklyn for the New York Islanders is on. A full slate of events is scheduled to begin today and continue through Friday when they face-off at 7:30 p.m. against the defending Stanley Cup Champions Chicago Blackhawks at Barclays Center.

At the Calvin Klein VIP Entrance, VIP guests will walk a blue carpet and have their photos taken with a commemorative Opening Night backdrop.

There will be a Hockey Hall of Fame exhibit on the Barclays Center concourse, consisting of Islanders memorabilia dating from the famed Stanley Cup dynasty to today.  Artifacts will include the stick Mike Bossy used to score his 400th goal, John Tavares Team Canada jerseys from 2008-12, objects from current players’ youth, and more.

Also on the concourse, children can visit face painters and balloon makers. Fans can take pictures in a photo booth printing Islanders Opening Night photos, as well as against a commemorative backdrop complete with sticks and helmets as props for interactive photos.

Special Islanders-themed food will be served at concession stands throughout the venue, including blue and orange popcorn, cupcakes and more.

In addition, several Islanders legendary players will attend the game.

In-game and Post-game:
Fans are encouraged to be in their seats by 7:15 p.m. for a special opening night ceremony, including a tribute video in honor of recently passed coach Al Arbour and a historic ceremonial puck drop.

Singer/songwriter and New Yorker Alexa Ray Joel will take the ice to sing the national anthem, and following the game, Joel will become the first artist to play the venue’s new Billboard Lounge amplified by Lightpath, where she’ll perform on the Master & Dynamic Stage.

Friday night will be the debut of Kerri Schreiber, the Islanders’ new in-game host. Schreiber is a Long Island native who previously served as on-air talent during Islanders radio broadcasts on WHRU 88.7 FM.

Islanders fans will be welcomed by the familiar voice of public address announcer Roger Luce, and will hear the traditional sounds of the team’s organ and organist Paul Cartier.

Each fan will receive a magnetic Islanders schedule when entering the arena, and a commemorative opening night poster when they depart.

Fans are encouraged to post photos and follow along on social media throughout the night using #IslesOpeningNight. Fans can also follow NYIsles on Snapchat to participate in a scavenger hunt to win autographed Islanders gear and more.

A limited supply of tickets is still available online and at the American Express Box Office at Barclays Center.

Fans that are unable to attend the game in Brooklyn can watch on MSG Network or listen to the Islanders Radio Network on WNYE 91.5 FM, WHRU 88.7 FM and WRCN 103.9 FM.