A Missing Vulnerable Adult Alert for a Bay Shore man has been cancelled. 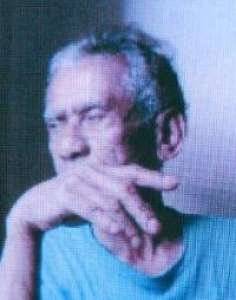 Huntington, NY - October 8th, 2014 - At the request of the Suffolk County Police Department, a New York State Division of Criminal Justice Services Missing Vulnerable Adult Alert has been issued relating to the disappearance of Antonio Hernandez: age 76; from Bay Shore on October 7 at 9:30 P.M.

Hernandez was last seen by a family member riding away from the Bay Shore home on a bicycle. Later that night, Hernandez was located by a First Precinct officer responding to a call of a disoriented man in Deer Park. Hernandez was unable to communicate to officers where he needed be and he had not been reported missing yet. The officers transported Hernandez to the Family Service League, located at 790 Park Ave., Huntington Station, for housing. At approximately 9:30 p.m., Hernandez walked away from the facility and has not been seen since.

Antonio Hernandez is a 76-year-old missing vulnerable adult who is mentally challenged and has Schizophrenia. He was last seen in the Huntington area at approximately 9:30PM. Antonio may also go by the name "Juan" and was last seen wearing a black jacket, jeans, sneakers and a black baseball cap. He is missing part of his left index finger and may have been riding a black mountain bike. Antonio is in need of medical attention and may appear lost and confused.

Antonio is White/Hispanic, and is described at 5'3", weighing 130 pounds, and has gray hair and brown eyes.

If you have any information about the wearabouts of Antonio Hernandez, please call the Suffolk County Police Department at 631-854-8343, or call 911.