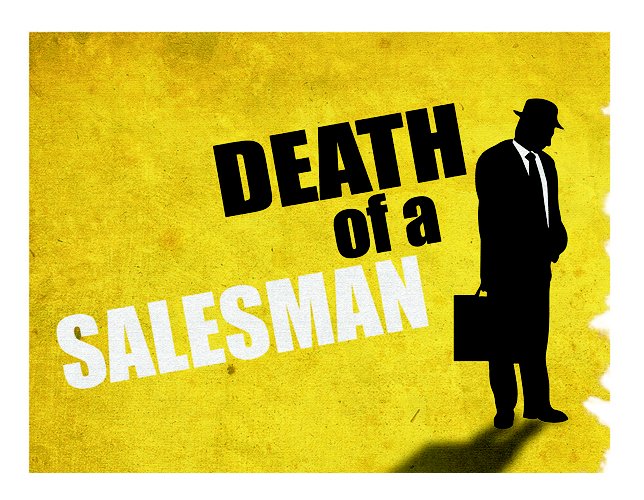 Sag Harbor, NY - October 4, 2017 - Bay Street Theater and Sag Harbor Center for the Arts is proud to announce that it has received a Matching Challenge Grant from the Century Arts Foundation and the Bay Street Board of Trustees. Together these groups will match donations dollar for dollar up to $100,000. Money raised from this challenge is used to support the Literature Live! FREE STUDENT TICKET INITIATIVE, which allows over 3,000 students from across Long Island to attend a fully-staged professional performance of this year’s Literature Live! production of Death of a Salesman, at no cost.  To date more than 56 schools and over 12,000 students have taken part in this program, many of whom have never experienced live theater before coming to Bay Street.
This initiative ensures that all students, regardless of economic and social circumstances can experience the richness of a fully staged, professional production of a work of classic literature at no cost. The Matching Challenge grant will allow access to the students despite continued government cutbacks to art education funding in the schools.
This year’s Literature Live! presents Death of a Salesman, by Arthur Miller; directed by Joe Minutillo with music by Michael Holland. Public performances are Thursday through Saturday, November 9, 10, 11, 16, 17, 18,  and Thanksgiving weekend November 24-25  at 7 pm. Matinee performances will be on Saturdays, November 11, 18, 25 at 2 pm. Tickets are available online at baystreet.org, or by calling the Box Office at 631-725-9500.
Death of a Salesman, considered to be one of the greatest plays of the 20th century, is a Pulitzer Prize and Tony Award winning play written in 1949 by the renowned American playwright Arthur Miller. Set in the late 1940’s, Death of a Salesman follows Willy Loman, a failing salesman, and his family as they face the harsh reality of their lives that they have been denying. As Willy spirals into mental disarray and fails to achieve his own dreams, he criticizes his son Biff for not being successful. As Biff faces his own disappointments, he confronts the family on his father’s unrealistic expectations for him and his inability to face the truth about their lives. Ultimately, Miller explores themes surrounding the uncertainty of the American Dream and the struggles that families face in the wake of a changing economy, both of which are as contemporary today as when the play was written.
In addition to the Century Arts Foundation and the Bay Street Board of Trustees, the Matching Grant Challenge has also been supported in past years by the Andrew Sabin Family Foundation, Anonymous, Colgate-Palmolive Company, The Dana Foundation, Irvin Stern Foundation, Sunny & Abe Rosenberg Foundation, Sag Harbor Youth Committee, Ship to Shore Marina, Theatre Venture Inc.,  Town of Southampton, and numerous individual donors.
Media sponsors are Dan’s Papers, WBAZ, WEHM, WLNG.
Bay Street Theater & Sag Harbor Center for the Arts is a year-round, not-for-profit professional theater and community cultural center which endeavors to innovate, educate, and entertain a diverse community through the practice of the performing arts. We serve as a social and cultural gathering place, an educational resource, and a home for a community of artists.