Long Island Cares is the recipient of a $12,000 grant from Assemblywoman Michaelle C. Solages. 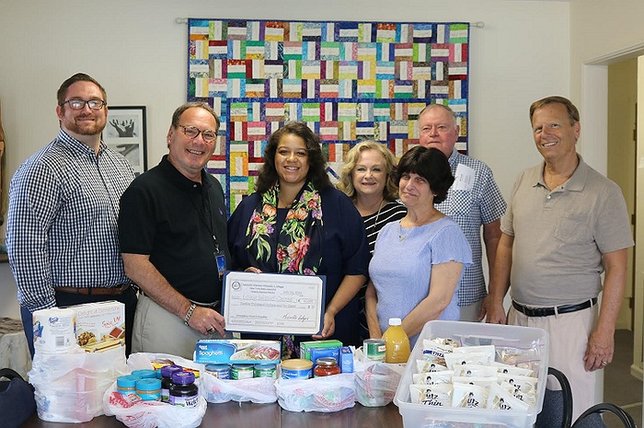 Valley Stream, NY - July 14, 2016 - Long Island Cares is the recipient of a $12,000 grant from Assemblywoman Michaelle C. Solages. The funds will further the organization's mission of providing emergency food relief and eliminate the underlying root causes of hunger on Long Island.

Since 1980, Long Island Cares, Inc. has had the distinction of being the regional food bank for Long Island. This designation was enhanced in 1994 when we were awarded funding from New York State to administer the Hunger Prevention and Nutrition Assistance Program, which allows us to purchase nutritious food and provide funding to hundreds of eligible organizations that support their infrastructure needs.

“We’re extremely grateful to Assemblywoman Michaelle Solages for her continued support of Long Island Cares and the work of the regional food bank.  She understands the needs of her assembly district and her constituents in the Valley Stream, Elmont and Floral Park communities that often times must turn to charitable organizations for assistance.  With more than 300,000 Long Islanders facing domestic hunger and high food insecurity in our region, we will be able to target additional resources and support for people in the 22nd Assembly District as a result of Assemblywoman Solages’ compassion and leadership,” said Paule T. Pachter, Chief Executive Officer, Long Island Cares, Inc.

A new report published by Feeding America, the national hunger relief organization representing 194 food banks across the country, describes a 27.2% increase in the estimated number of Long Island children experiencing food insecurity.  The grant monies will support the distribution of food to veterans, senior citizens and families in need via the member agencies throughout the Twenty-second Assembly District.

“It is a privilege to partner with Assemblywoman Solages and her dedicated staff in the fight to end hunger in both the 22nd Assembly District and New York State as a whole,” stated Michael Haynes, Chief Government Affairs Officer. “We commend Assemblywoman Michaelle C. Solages’ leadership both here on Long Island and up in Albany in advocating for the hungry whom sadly often do not have a voice or a platform to fight for themselves.”

“Far too many children and adults have faced or are currently facing periods of food insecurity. With this grant, we empower Long Island Cares and local food pantries in their efforts to fight against hunger,” said Assemblywoman Michaelle C. Solages.

Please call the Office of Assemblywoman Solages at  516-599-2972 for additional information, or if you are in need of any resources.