The media and public are cordially invited to attend this great event. 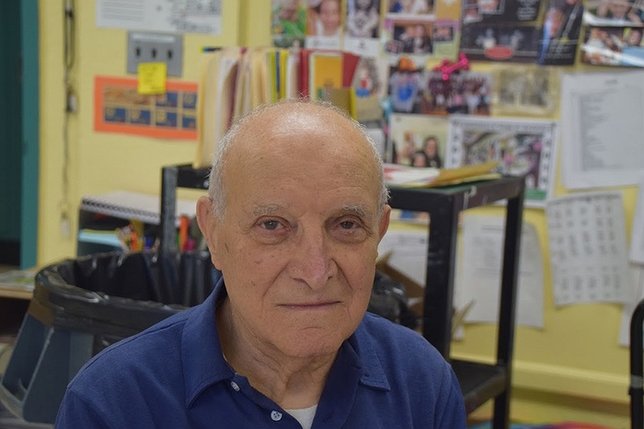 World War II Veteran Salvatore Citrano of Farmingdale will celebrate his 96th birthday on September 30, 2021. His daughter reached out to New York State Senator Kevin Thomas to make this birthday something special. Last year Senator Thomas honored Sal with the New York State Liberty Medal, the highest honor bestowed by the Senate. How could the Senator top that award?
Thomas contacted the American Airpower Museum (AAM) because after WWII, Sal spent his career at Grumman, Republic Aviation and Fairchild Republic. He was a foreman on the line for the F-105, retiring as technical writer and field service rep for Fairchild Republic’s A-10 “Warthog.”  The Museum’s Hangar 3 headquarters was once part of Fairchild Republic. It was always Sal’s dream to fly an A-10, so Senator Thomas and AAM have joinedforces to make this Veteran’s 96th birthday special with a personal tour of the Museum’s A-10.  Needless-to-say, Sal can’t wait to get his hands on AAM’s Warthog!
Senator Thomas will personally escort Sal to the Museum on Saturday, October 2, 2021 to meet Jeff Clyman, AAM President at 1:00 p.m. Clyman is scheduled to make a speech and present a Certificate of Appreciation to Sal. NYS Senator John Brooks and Suffolk County Executive Steve Bellone also plan to attend if their schedules allow. After these formalities and photo-ops are finished, Sal will climb up and get a good look at the cockpit of AAM’s Warthog. However, due to the fact AAM’s Warthog is a static exhibit, Sal and nobody else will be taking off from Republic Airport anytime soon! After Sal’s reunion with the jet he wrote the manual for, our VIPs and guests will enjoya birthday cake inside Hangar 3.
Sal enlisted in the Navy in 1943, shortly after he graduated high school.  As a Navy Radioman first class, he took part in the invasions of Okinawa in the Pacific and Normandy in Europe. In this vital role, Sal was responsible for decoding radio messages about enemy positions and reporting this intelligence to his commanders.He received five Medals during his time in Asia and Europe in WWII: Asiatic Pacific Campaign Medal; European Campaign Medal for Normandy Invasion; Navy Occupation Service Medal; American Campaign Medal andthe World War II Victory Medal.
The news media and public are cordially invited to attend this joyous event. Museum hours are 10:30 a.m. to 5:00 p.m., Hangar 3, Republic Airport, 1230 New Highway, Farmingdale, NY 11735. Regular admission for Adults is $15, Seniors & Veterans $10 and Children 5-12 $8.  No tickets or pre-registration required.