An estimated 13,190 New Yorkers will be diagnosed with lung cancer this year alone. 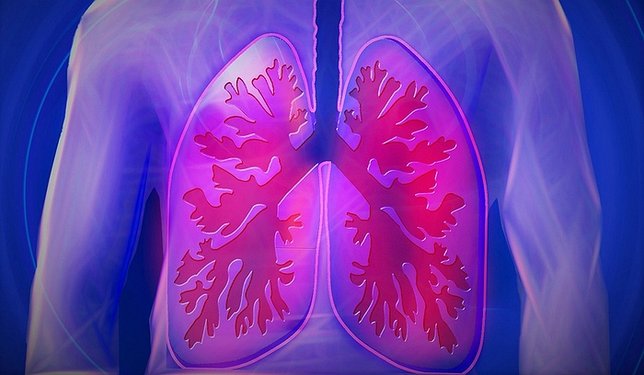 Hauppauge, NY - May 7, 2018 - The American Lung Association and its LUNG FORCE initiative is turning New York State turquoise this week for National Women’s Lung Health Week (May 6-12) in support of those whose lives have been impacted by lung cancer. LUNG FORCE is uniting the nation to raise voices and make lung cancer—the leading cause of cancer deaths among women and men—a public health priority. Landmarks and communities across the nation, including the Dennison Building in Suffolk County will be illuminated in turquoise, the signature color of LUNG FORCE.
“Lung cancer has been in the shadows for far too long. When you think of cancers affecting women, most people don’t initially think of lung cancer, yet it’s the leading cancer killer of both women and men,” said Jeff Seyler, Chief Division Officer for the Easter Division of the American Lung Association. “We’re raising awareness about lung cancer through LUNG FORCE and during National Women’s Lung Health Week, and are proud to stand with those facing the disease.”
An estimated 13,190 New Yorkers will be diagnosed with lung cancer this year alone. Yet according to the Lung Health Barometer, only 3 percent of women consider lung cancer a top-of-mind health concern. The American Lung Association’s LUNG FORCE initiative – nationally presented by CVS Health – is seeking to change this.
In addition to the Dennison Building, other illuminations around the state include the One World Trade Center in New York City, the SUNY Administration building in Albany, City Halls in Rochester and Buffalo, the Mid-Hudson Bridge and others.
Facts about lung cancer:
During National Women’s Lung Health Week, the American Lung Association encourages everyone to get involved by wearing turquoise, turning their social media profiles turquoise, and signing up for the LUNG FORCE Walk New York City, taking place on Saturday May 19that Pier 16 of the South Street Seaport.
From May 6 -26, CVS Pharmacy customers can make a donation of $1, $3 or more at the register to raise funds for lung cancer awareness, research and education. The in-store fundraising campaign is part of Be The First, a 5-year $50 million initiative funded through CVS Health and the CVS Health Foundation to help deliver the nation's first tobacco-free generation. Customers can also visit Lung.org/cvs for easy ways to help their communities become tobacco-free and access discounts on quit smoking resources.In addition, CVS Pharmacy will donate $1 for every pack of Extra Gum that is purchased, up to $100,000 to the American Lung Association’s LUNG FORCE.
About the American Lung Association
The American Lung Association is the leading organization working to save lives by improving lung health and preventing lung disease, through research, education and advocacy. The work of the American Lung Association is focused on four strategic imperatives: to defeat lung cancer; to improve the air we breathe; to reduce the burden of lung disease on individuals and their families; and to eliminate tobacco use and tobacco-related diseases. For more information about the American Lung Association, a holder of the Better Business Bureau Wise Giving Guide Seal, or to support the work it does, call 1-800-LUNGUSA (1-800-586-4872) or visit: Lung.org.