LaValle: "I have made it a priority to preserve and protect our fragile environment for this generation and the next." 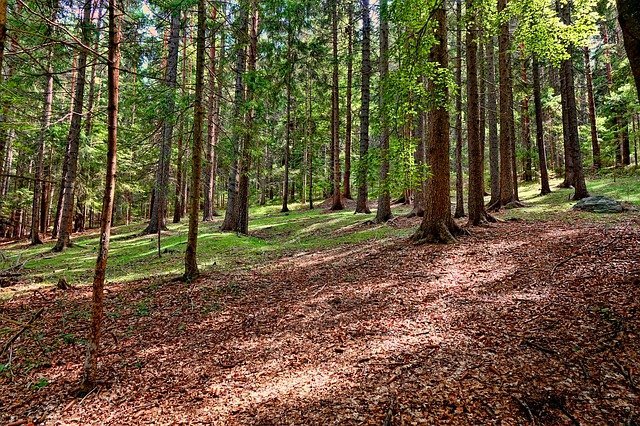 Long Island, NY - April 5, 2018 - Senator LaValle said, “Throughout my career, I have made it a priority to preserve and protect our fragile environment for this generation and the next. We have been extraordinarily successful in obtaining support for environmental initiatives again this budget year.” He continued, “We have added nearly 1,000 acres to the protected Pine Barrens, maintained a record level of funding for the Environmental Protection Fund, obtained monies to begin a Laboratory testing in Suffolk County to identify PFOA/S, in addition to continuing support for the Peconic Estuary Program and funds to eradicate invasive species, like the  Southern Pine Beetle."
The new State Budget provides:
Pine Barrens Expanded By Nearly 1,000 Acres
Senator Ken LaValle said, “As the author of the original legislation to preserve the Pine Barrens, which has protected over 105,000 acres, I am pleased that we were able to further expand it with the addition of approximately 1,000 acres in the Shoreham and Mastic Woods areas.
It is important that while we are adding these critically important environmental lands to the Pine Barrens, we are also protecting the taxpayers of the Shoreham-Wading River School District by assuring that the land stays on the tax rolls.
Be assured that I will continue to work on preserving additional lands by adding to the Pine Barrens Preserve.  By taking this long-term view, we reaffirm our commitment to the environment for future generations to keep our air, land and waters pristine.”
Protecting Critical Water Resources
Senator Ken LaValle said, “It’s critically important that we continue to address water issues today to ensure clean water in the future.  This year’s budget provides record investments to ensure that we protect the health and well-being of Long Island families.”  He added, “New York continues to demonstrate our national leadership on environmental issues.”
The budget continues the implementation of last year’s historic $2.5 billion Clean Water Infrastructure Bond Act and supports important initiatives to protect drinking water quality and environmental health, including:
NYS Environmental Protection Fund (EFP):  $300 million secured for third budget year in a row
For the third year in a row, the NYS Environmental Protection Fund (EPF) will be funded at $300 million. The EPF has been a key source of state aid assisting local communities in undertaking a range of projects from drinking water quality to wetlands protection, from community parks enhancement to recycling programs, and from farmland preservation to controlling invasive species.  Senator LaValle said, “I am pleased that once again, we were successful in our efforts to maintain the record funding level. By being steadfast in our resolve, another $300 million has been added to the EPF for the third year running.  Just four years ago, the EPF had decreased to only $177 million. The continued restoration of this funding illustrates our priority and commitment to the environment.”
Funding For Long Island Pine Barrens Commission
“This budget cycle, we provide $2 million for the Long Island Central Pine Barrens Commission, which protects a critical source of drinking water for Long Island.  I am proud to have created the commission back in 1993 to protect groundwater, surface water and drinking water for Long Island residents.  The Commission has proven itself to be a tremendous steward of the environment.   It is a vital entity that works to ensure the preservation of our lands and the quality of our water every day.” Senator LaValle said.
Fighting The Destructive Southern Pine Beetle
The Southern Pine Beetle (SPB) has been the most destructive pest of southern pine forests. Infested trees were identified in Suffolk County beginning in October 2014.  These were the first verified reports of SPB-infested trees in New York State.  The Southern Pine Beetle is now widespread throughout Suffolk County.
Senator LaValle said, “The Southern Pine Beetle has the potential to become an environmental nightmare if we don’t continue to take action.   The NYS Department of Environmental Protection and environmental organizations, like the Pine Barrens Commission, have been at the forefront of working to eradicate this destructive pest over the last several years.  This year approximately $6 Million should be available in the state budget towards the elimination of invasive species, like Southern Pine Beetle.”
The Peconic Bay Estuary Program
“The Peconic Bay Estuary Program has been working to restore the natural environment and protect historic fishing, shell fishing, and tourism industries which continue to contribute millions of dollars annually to New York’s recovering economy.  It’s vitally important that the state continues to provide support for the program and I am pleased to report that for the third successive year, we have been able to obtain $200,000 to assist in the Peconic Bay Estuary Programs’ mission.” Said Senator LaValle.
Keeping $700 Million in Brownfield, Historic, and Other Business Tax Credits In Place
The final budget prevents the deferment of tax credits including the state’s Historic Tax Credit and Brownfield Cleanup Tax Credit programs so that private investment in under-developed communities is not jeopardized. These credits and all but five of the state’s other business tax credits would have been deferred for multiple years under the Governor’s Budget proposal.  We in the Senate fought to save the $700 million in credits so that they can continue to promote business growth, create jobs, and revitalize communities.