It will be years in the making, but NASA wants to land a rover similar to Mars’ Curiosity on the sixth closest satellite to Jupiter. 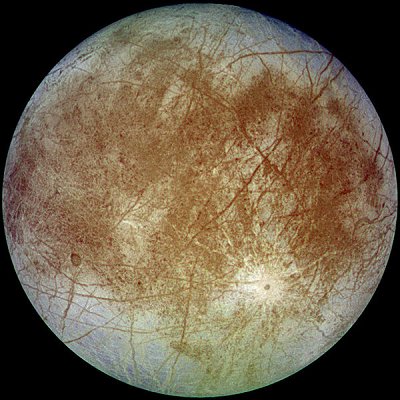 NASA announced last week its long term plans to put a lander on Europa, the sixth moon from Jupiter. Curiosity, a rover launched in late 2011, made headlines when it landed on Mars in August 2012 on a mission to investigate Martian geology, climate, history of water, and habitability. There is some hope that Curiosity may find signs of microbial life that could have once existed on the planet, but scientists are also interested in the possibility for such organisms to currently be present on Europa.

“A future Europa lander mission would present great science opportunities for the astrobiological exploration of Europa,” read a report issued by the National Aeronautics and Space Administration.  “The prospect of a future soft landing on the surface of Europa is enticing, as it would create science opportunities that could not be achieved through flyby or orbital remote sensing, with direct relevance to Europa's potential habitability.”

Europa has previously been photographed by the Voyager and Galileo spacecrafts in flyby missions which revealed its surface to be primarily composed of ice. The rest of the moon’s surface appears to be composed largely of carbon dioxide, sulfur dioxide, hydrogen peroxide, and molecular oxygen, and beneath the icy crust lays a potentially vast ocean. A lander’s most important function would be to sample the non-ice material at multiple depths of the moon’s surface to discover the nature of any salts or organic compounds which may be present. In determining whether Europa bears all the materials necessary to birth life as we know it, scientists could better infer the probability of its existence in the satellite’s ocean.

The mission is not planned to take place for roughly a decade, partly because it is yet unknown where best to set a lander down on Europa. NASA’s Juno spacecraft, which was launched in August 2011 to probe Jupiter and its moons, will likely make that decision easier when it begins to study Europa from orbit in 2016.

Study of Jupiter’s sixth moon could prove tremendously beneficial for our understanding of both the solar system and the potential for life off Earth. Simply landing a rover on Europa would be a tremendous accomplishment as it is over ten times further from our planet than Mars, but even if the moon were found to be habitable for biological life landing a manned mission or establishing a colony on it would pose an entirely different set of challenges—Europa’s surface never warms higher than -370 degrees Fahrenheit.