The Truth About The Impact of Balloons After They Fly Away

The ecological impact of helium balloons. 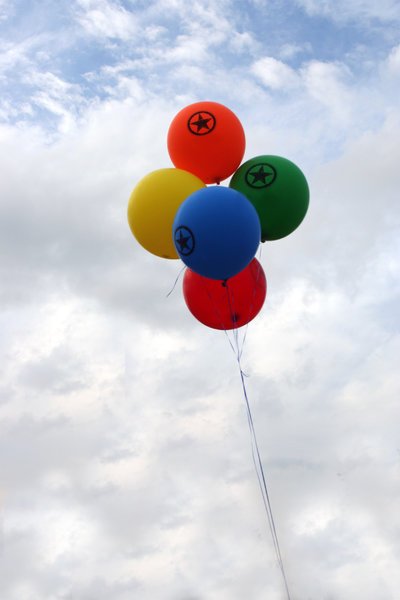 Kids love balloons.  As parents, we always try to tie the ribbon on snugly without cutting off our child's circulation.  But how often does the balloon fly away?  As the child cries, we should be the ones crying about the environmental consequences.

I try to live green, but there are times when my eco-conscience slips and I unknowingly make a choice that's bad for the planet. There have been several times that I've purchased helium balloons for my kids without a second thought about the ecological impact that they may have. I started to wonder: how do helium balloons impact the environment? And to what degree should I be concerned? Here's the scoop on the effects of helium balloons on the environment.

There's no doubt about it latex balloons beat Mylar balloons hands-down when it comes to the environment. Latex is sustainable because it is derived from a renewable resource (tree resin). Latex is a 100% natural substance that breaks down in sunlight, air and water. Mylar balloons are far less friendly to the environment, though-- they are made from metalicized polyester, which is dirty in both production and disposal. Helium itself has a fairly significant ecological footprint. While it is not pollutive, it is unsustainable. Last year there was a  helium shortage, because of its extensive use in unnecessary products such as balloons. Helium is also used in MRI scanners, fiber optics and LCD screens.

When a latex balloon is released, it rises to a height of approximately 28,000 feet, with the helium gas expanding as it rises. With temperatures dropping to minus 40 degrees at this altitude, the balloon freezes. As the helium continues to expand in the frozen balloon, the balloon undergoes "brittle fracturing" and ruptures into small slivers which scatter and fall to earth. A small percentage of balloons which are released will experience leaks from defects and will not rise high enough to freeze and burst. The distance they travel and their distribution will be determined by current prevailing winds.

Litter is another ecological concern associated with balloons. While 100% latex balloons will biodegrade over time, some animals may actually swallow them and experience health problems as a result. Non-biodegradable materials like Mylar, strings and plastic bands can collect and cause environmental problems and difficulties for wildlife.

Throwing rice at weddings was once a traditional send-off for the bride and groom.  It has become less popular with the rumors about the birds stomachs exploding. The USA Rice Federation says that rice is a grain just like many others that birds eat in the wild. However, many churches don't like rice thrown because guests can slip on it.

If you do choose to use balloons for decor, gift-giving or simple joy, you can enjoy a few natural latex balloons without it weighing unnecessarily on your eco-conscience. Simply choose latex balloons whenever possible, and dispose of your waste responsibly.