Wolford has had a very respected and successful legal career in private sector and has worked in Rochester for 20 years and built respected law practice. 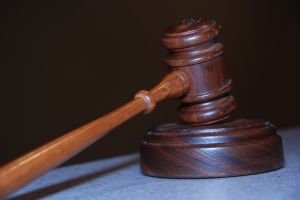 July 10, 2013 - Rochester, NY- Today, U.S. Senator Charles E. Schumer introduced Elizabeth Wolford to the Senate Judiciary Committee for her confirmation hearing to serve as a judge in the Western District federal court. Ms. Wolford is a history-making pick, as she would be the first woman to serve on the federal bench in this district, and she would take the seat left vacant when District Court Judge Charles Siragusa took senior status in December. In opening remarks before the Committee, Schumer made the case for Wolford, and presented the many reasons that she would be an excellent fit for the job. Schumer pointed to Wolford’s stellar legal background, close ties to Western New York and the Rochester region, even-handedness, temperament and demonstrated leadership skills would make her an excellent choice for the Western District Court. Schumer also said that she is highly capable and very qualified for the position. Now, Wolford’s nomination will go before the Judiciary Committee for approval before the Senate for a full Senate vote.
“I am honored to introduce Elizabeth Wolford to the Judiciary Committee for her confirmation hearing,” said Schumer. “For a long time, one of my goals has been to bring a woman to the federal bench in Western New York, and Liz would not only do that, she will also bring her considerable legal experience and first-rate legal mind to the bench; she is simply one of the finest judicial candidates I have ever met. Ms. Wolford has built a distinguished legal career and a very successful practice, but her sense of public service and love of the law has motivated her to bring her talents to the bench.”
Wolford, who was born in Buffalo on December 17, 1966, now resides in Honeoye Falls. She grew up in the Rochester area, and is a proud alumni of the Fairport School District. Wolford graduated from Colgate University in 1989 and received her law degree from Notre Dame Law School in 1992.  Ms. Wolford is a Partner at the Wolford Law Firm LLP, in Rochester, where she represents clients in both federal and state courts in a variety of complex business, commercial, and employment litigation. There she gained extensive experience in both the state and federal justice systems.
During nearly two decades at The Wolford Law Firm, Ms. Wolford has represented numerous small businesses in the Rochester-Finger Lakes Region. In 2000, Wolford was awarded a Special Service Award by the U.S. District Court for the Western District of New York for excellence in the vigorous representation of a pro bono client in a civil rights case. In 2003, Wolford was named “Outstanding Young Lawyer of the Year” by the New York State Bar Association. Last June, she won the President’s Award by the Monroe County Bar Association.
Wolford is not only a respected legal practitioner; she is also an active member of the Rochester-Finger Lakes community. She has dedicated a tremendous amount of time from her practice to serve residents as the former President of the Greater Rochester Association for Women Attorneys. Additionally, Wolford served on the board of Sojourner House at Pathstone, a transitional home for women in crisis, and on the Volunteer Legal Services Project.
A copy of Senator Schumer’s introduction of Elizabeth Wolford to the Judiciary Committee as prepared for delivery appears below:
It is my distinct honor to introduce these two eminently qualified nominees to the committee, Greg Woods and Elizabeth Wolford.
Mr. Woods and Ms. Wolford are the 17th and 18th nominees for district court judgeships in the state of New York that I have had the pleasure of recommending to the President in the last four years.
Despite New York’s deep bench of legal talent, the search for qualified candidates for federal judgeships is not an easy one. As I’ve said multiple times, I look not just for exceptional talent and skill, but for moderation of viewpoint and temperament, and all else being equal, for diversity, so that our bench in New York truly resembles the people it serves.
[…]
I have the privilege of introducing another dedicated and skilled attorney, Elizabeth Wolford, before this committee today.
Born in the great city of Buffalo, she grew up in Rochester and attended college at Colgate University in Hamilton. After studying law at Notre Dame, she again returned to New York, following in her father’s footsteps to practice law in Rochester.
Ms. Wolford has been a remarkable leader in the Rochester legal community ever since she graduated law school, working as an associate and partner at the Wolford Law Firm, with her family. Her clients include some of Rochester’s most recognizable institutions, including the University of Rochester, the Rochester Institute of Technology, Exelis, and Eastman Kodak. Her practice spans every area of law, from criminal proceedings to contract actions, providing her with the expansive expertise that is essential as a judge. Ms. Wolford has been a tireless advocate for her clients as well as the larger Rochester community. In addition to serving on countless charitable boards, she has a noteworthy history of pro bono representation. The Court on which she may soon sit even awarded her its Special Service Award in recognition of her advocacy in civil rights matters.
Upon confirmation, Ms. Wolford will be the first female judge on the U.S. District Court for the Western District of New York. It is important that America’s courts reflect the diversity of us as a people, and the Western District is long overdue in this respect. Ms. Wolford has been a powerful and principled community figure for over two decades, and I feel confident she will similarly excel in her new role.
Thank you both for your willingness to be here today, and thank you also to your families, without whom I know you wouldn’t be here. I look forward to hearing from all of our nominees.