Apple is releasing two iPhones at the same time, but which one is the right fit for you? 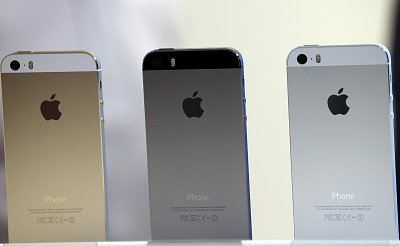 Following the tradition started by the launch of the iPhone 3GS in 2009, Apple will be offering an incremental upgrade for its annual refresh of the iPhone lineup this week. The new iPhone 5S will add some improved hardware and a couple extra features as it takes over for last year’s iPhone 5, but for the first time ever the enduringly popular smartphone will be forgoing its previous “one size fits all” business practice by launching alongside a second new model—the iPhone 5C.

Power users and the technologically inclined will likely gravitate towards the 5S model, as it makes several significant improvements over Apple’s previous iteration. Its new A7 chip with 64-bit architecture promises to provide twice the power of the 5C’s A6 chip, allowing it to handle more resource intensive games and apps without a hiccup, as well as provide some added advantageous for the photographically-inclined. This new chip will allow the 5S to take slow-motion HD video at 120 frames per second and provide a burst mode which captures 10 still images inside of a second—giving users the option to pick their favorites from the bunch—and will work in conjunction with the model’s image stabilization to ensure a great shot is captured almost every time the camera is used.

A secondary M7 motion coprocessor increases the 5S’s ability to monitor its carrier’s activity, making it perfect for fitness apps which can keep track of steps taken or calories burned. The 5S’s home button will also come equipped with a built-in fingerprint scanner, providing an added bit of security and convenience by allowing owners to replace their old password-based lock screens with a quicker, more efficient means of accessing their iPhones with an unlocking method that would be incredibly difficult for an unwanted intruder to get past. Simply pressing your thumb on the home button will now allow the iPhone to recognize your unique print and skip past the lock screen.

Most of the remaining specs are quite similar between the 5S and 5C. Both come with a 4” retina display for the screen and can record up to 1080p video, have 8 mega pixel rear cameras and 1.2 MP front-facing cams, and will launch with iOS 7—the latest version of the iPhone operating system. The 5C will be a tiny bit bulkier and available in 16 and 32 GB options, while the 5S adds a 64 GB version for those who need extra memory.

The 5S will be available in three colors—silver, gold, and space gray—and have a solid aluminum body for a more premium feel. The 5C will have a cheaper plastic body, but comes in a more expressive selection of colors (white, pink, yellow, blue and green), and hits the market alongside as a set of official cases which users could mix or match with the phone to suit their personal styles.