After Hurricane Sandy damaged much of the infrastructure for landline telephone service on Fire Island, Verizon proposed abandoning traditional copper connections and replacing them with wireless transmitters in a program called Voice Link. 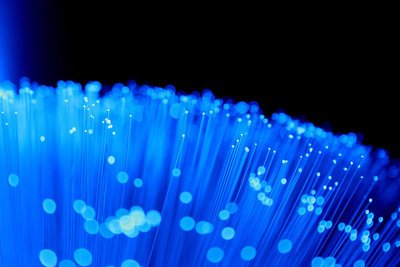 After Hurricane Sandy damaged much of the infrastructure for landline telephone service on Fire Island, Verizon proposed abandoning traditional copper connections and replacing them with wireless transmitters in a program called Voice Link.

Replacing the copper system, the telecommunications company argued, would involve repeatedly digging up Fire Island’s main road and “exacerbate existing infrastructure issues,” delaying the restoration of service to many customers. Those efforts, Verizon pointed out, would invariably prove in vain since “ground and seawater contamination” could destroy new lines should another storm hit.

But the implementation of Voice Link proved inadequate and unreliable, failing several times and at least once during a fire emergency. The system also made it difficult for businesses to access the internet to process credit card payments.

In response, U.S. Sen. Charles E. Schumer and his staff brought customer complaints to the highest officials at Verizon. Schumer said he understood Verizon’s decision to abandon the antiquated copper connections, but that relying on wireless was not a suitable solution.

“Fire Island residents will now have greater access to high speed internet - a necessity in the modern age - and reliable voice service. Verizon deserves credit for listening to our concerns and changing course,” Schumer said in a press release.

“The FIA deeply appreciates the support that Western Fire Island residents received from Senator Schumer in the hard fought campaign to have Verizon restore a level of phone service that is comparable not only to what we had before Super Storm Sandy, but also to what is available to other Verizon customers across New York State,” said Suzy Goldhirsch, president of the Fire Island Association.

“By installing fiber-optic cables on the island, Verizon will not only make the system as good as it was before, it will be making it better,” said Schumer.