US Embassy Closures Extended Through End of the Week

What had initially been a one-day closure of over 20 US embassies has grown to a week-long break from normal operations. 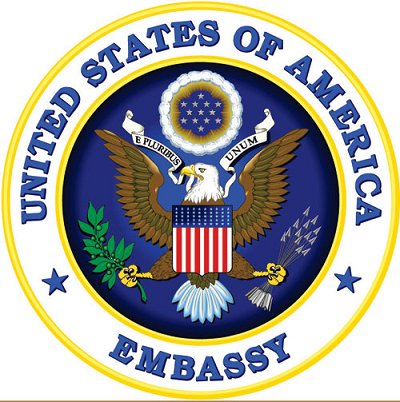 A total of 22 United States Embassies throughout the Middle East and Central Asia were closed yesterday due to evidence of a potential terrorist threat. Americans abroad were urged to tread carefully as the State Department revealed “al-Qaeda and affiliated organizations continue to plan terrorist attacks both in the region and beyond, and that they may focus efforts to conduct attacks in the period between now and the end of August.”

State Department spokesperson Jen Psaki has now announced that most of those embassies will remain closed through August 10th. In accordance with local custom during the end of Ramadan and “out of an abundance of caution, we've decided to extend the closure of several embassies and consulates including a small number of additional posts,” said Psaki.

While posts in Dhaka, Algiers, Nouakchott, Kabul, Herat, Mazar el Sharif, Baghdad, Basrah, and Erbil have been reopened today, 14 others remain closed and 5 different embassies in Africa have been shut down for the remainder of the week, keeping a total of 19 inactive.

“Posts in Abu Dhabi, Amman, Cairo, Riyadh, Dhahran, Jeddah, Doha, Dubai, Kuwait, Manama, Muscat, Sanaa, Tripoli, Antananarivo, Bujumbura, Djibouti, Khartoum, Kigali, and Port Louis are instructed to close for normal operations Monday, August 5 through Saturday, August 10” according to the State Department. No explanation was offered as to why the five African embassies have now been shuttered, or why those that reopened have been allowed to do so.

Representative Peter King of New York’s 2nd District said of the closures “There’s very little doubt, if any, that something serious is being planned,” adding “It is not just trying to connect the dots. That is very specific information about the fact that there is a plot, that attacks are planned, but again it’s not certain as to where.”

The precautionary closings come just weeks after al-Qaeda successfully broke hundreds of detainees out of Abu Ghraib prison in Iraq in a bloody battle during which several guards on duty aided the terrorist group.