ReesSpecht Life Movement Urges the World to Pay it Forward

Rich and Samantha Specht keep the memory of their son alive through ReesSpecht Life, a group that encourages random acts of kindness and funds college scholarships. 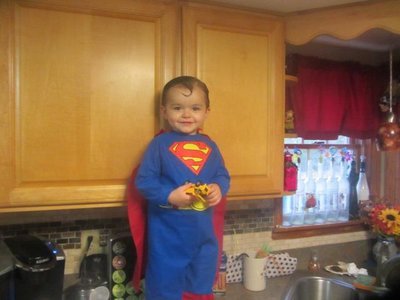 This past October, tragedy hit a Sound Beach family whose young son died in an accident right before Hurricane Sandy.  Now, they are working to get others to perform random acts of kindness and treat each other with respect in their son’s name.

On October 27, 22 month old Richard Edwin-Ehmer Specht, who went by the nicknames Richie and Rees, was with his father and a friend while they packed up lawn furniture to prepare for the pending storm.  Rich, a science teacher in Smithtown, asked his friend to watch Richie while he put away the furniture.  When he returned and asked where his son was, the friend responded that he thought the son was with Rich.

After searching for the boy, Richie was found face down in the fish pond in the backyard.  Though his father and paramedics tried CPR on site, en route to the hospital, and for half an hour after arriving at the hospital, they were unable to restart his heart.

The couple, who also have two daughters, were distraught and had difficulty contacting family and friends due to power outages that plagued the area as a result of the storm.  Samantha and Rich had to drive to the post office to get a signal so that they could make phone calls from the parking lot.

Before they laid Richie to rest on November 1, Rich used his writing skills as an outlet for his emotions as he eulogized his son. He reminded the crowd about the brevity of life, and that he hoped that they will “do what is right for each other” in their time together.

Afterwards, he was approached by a fellow teacher about creating a foundation in his son’s name.  That was when Rich and Samantha began thinking of ways to memorialize their son and also give back to the community that gave them such overwhelming support.

“I couldn’t believe what people did for us,” said Rich.  But it wasn’t just family, friends, students, and coworkers of himself and Samantha, a high school German teacher in Smithtown, who wanted to help the family in their time of need.

“It was the strangers, the unexpected acts of kindness that blew me away.”

One of the biggest acts of kindness received by the family was when Kelly Brothers Landscaping of Coram contacted the Spechts and offered to remove the pond – a constant reminder of that day – for free. The landscaping company then planted thousands of plants in the yard, and refused any payment.

To show thanks to everyone who gave their support, the Spechts created ReesSpecht Life, a group which began as a Facebook community that asks people to commit to making the world a better place through random acts of kindness.

“At first, we just wanted to do little acts of kindness – a chain reaction kind of thing,” Rich said.  Rich admits that after teaching for twelve years, his outlook on life had “tunnel vision,” and even at the onset of the group, he did not think people would care as much as he hoped they would.

Instead, ReesSpecht Life quickly accelerated into its own movement, garnering about one thousand new likes each month.

To help spread the message to a wider audience, Samantha and Rich made ReesSpecht Life business cards to hand out to people on the street with a picture of their son and a simple message: “Let's all work together and do the small things that make a big difference. Our little boy's life was brief, but we hope to make his legacy eternal.  We all possess the ability to do something Super: Possession of this card is a solemn promise to pay it forward and perform an act of kindness and be one of Rees' Pieces.”

The word from strangers is already reaching back to the Spechts through their Facebook page.

In one such exchange, after Samantha paid a Dunkin’ Donuts employee for her purchase, she gave the employee a ReesSpecht Life business card and extra money to pay for the customer behind her.  The employee later sent them the following message:

"I rang you up at Dunkin' Donuts today and your story is heart wrenching. You're doing something truly beautiful. For the record, all of the cars after you paid for the person behind them until the end of our rush. It was awesome!"

Samantha and Rich also wanted to give back to the community by creating a scholarship in Richie’s name for students at the high schools in Smithtown and Sachem School Districts.  To be eligible for the scholarship, a student must show that they are devoted to community service or helping others in some capacity, and provide character references.  Each scholarship is currently for one thousand dollars, but it is the Spechts’ goal to raise more money to give to these students – a goal which it achieves through donations, fundraisers, and purchases via the ReesSpecht Life webpage.

“I’d like it to be something that goes beyond Smithtown,” notes Rich, who suggests that if the fundraising gathers steam, he would like to extend it to all Suffolk County schools.

Though Rich admits that though the group does not “fill the hole” left by Richie, “it does help to counter the negative.”  The meaning behind ReesSpecht Life is especially fitting for those who knew the young boy, who was a happy child who was always looking to make others happy as well.

“Everyone who had known him universally said the same thing – they’d say he was so happy, he was so sweet,” recalls Rich.  “He would wake up in the morning laughing, greet people with a smile, and go to bed with a smile.”