On a conference call with reporters, U.S. Senator Charles E. Schumer today announced the winners of his statewide lottery to be part of the papal audience on the West Lawn of the Capitol following Pope ... 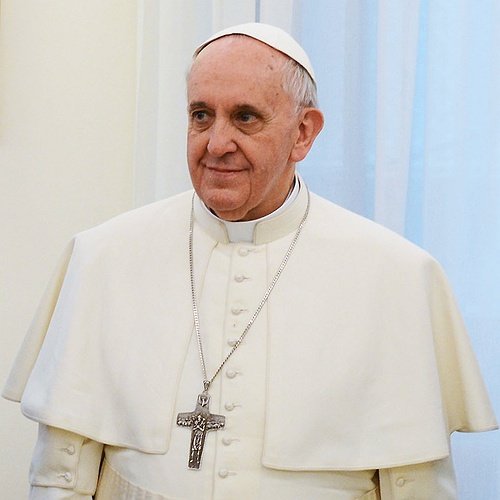 Albany, NY - September 9, 2015 - On a conference call with reporters, U.S. Senator Charles E. Schumer today announced the winners of his statewide lottery to be part of the papal audience on the West Lawn of the Capitol following Pope Francis’ address to the Joint Meeting of Congress. New Yorkers who were interested in receiving one of the 100 pairs of tickets started submitting their names on August 14th and were randomly selected on August 27th. During the call, Schumer named several of the winners from each region of New York State.

“Pope Francis’ speech before Congress will be a historic moment for all of us, but especially for the lucky New Yorkers who will get to be a part of this momentous occasion,” said Schumer. “The winners of this lottery have the unique opportunity to be a part of the papal audience as we welcome the Holy Father to Washington, DC on the West Lawn of the Capitol, and I am positive they will remember this moment for years and years to come. Although I wish all 11,000 entrants who submitted their names to the lottery could attend, there is only so much space, so I ask you to join me in congratulating these lucky New Yorkers.”

On August 14, 2015, Schumer announced that his office would be conducting an online, statewide ticket lottery for 100 New Yorkers to see His Holiness Pope Francis of the Holy See on September 24, 2015 when he travels to Washington, DC to speak to a Joint Meeting of Congress. Schumer explained that these 100 lucky New Yorkers will now each receive a pair of tickets to be a part of the papal audience on the West Lawn of the Capitol on this momentous occasion. The winners were selected on August 27, 2015 after 11,104 entrants from nearly every corner of New York State entered the lottery. Schumer said that because of the limited number of tickets, the lottery was the only fair way to distribute the tickets his office received.

Schumer’s office also conducted this statewide lottery to find one winner of his office’s sole ticket to the Joint Meeting of Congress with His Holiness Pope Francis. Schumer received one special guest ticket for the joint meeting and requests poured in from New Yorkers around the state wishing to see Pope Francis and experience a piece of history. Pope Francis will be the first Pope to ever address a joint meeting of Congress. The winner of this ticket is Carmen Esteras from the Bronx, New York.

Tickets for both the Joint Meeting of Congress and the Papal Audience were only provided through Congressional offices and were free of charge. Winners were notified personally following the lottery.

During the call, Schumer listed many of the winners from around New York State. Schumer said that while some winners did not wish to have their names listed publicly, those listed below are among the many winners who will now travel to Washington, DC with a guest to be a part of the papal audience in late September:

Capital Region – From Niskayuna, to Clifton Park, to Albany

Central New York – From Syracuse, to Watertown, to Cazenovia

Rochester-Finger Lakes – From Webster, to Rochester, to Penfield

Southern Tier – From Endwell, to Ithaca, to Owego

Hudson Valley – From New Paltz, to Tarrytown, to Warwick

Long Island – From Brentwood, to Ronkonkoma, to Commack & Bethpage

New York City – From Manhattan, to Queens, to Staten Island