Channeling his high school days when he was a radio deejay, Robert Vecchio, William Floyd’s Board of Education President has teamed up with Long Island News Radio 103.9 to deliver programming focused on the positive ... 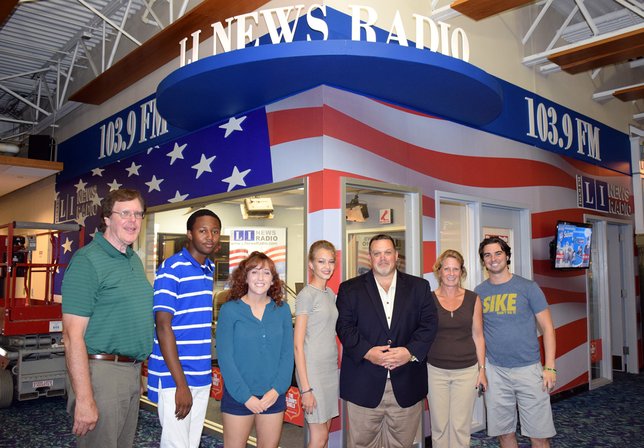 Ronkonkoma, NY - September 9, 2015 - Channeling his high school days when he was a radio deejay, Robert Vecchio, William Floyd’s Board of Education President has teamed up with Long Island News Radio 103.9 to deliver programming focused on the positive things happening in school districts throughout Long Island. The program, “Spotlight on Long Island Schools,” will begin an initial 13-episode run on Saturday, September 12 at 10:30 am with William Floyd’s perennial powerhouse Youth & Government Program as the inaugural guests.

Honing his radio skills as a recurring member of Jay Oliver’s Morning Roundtable along with other Long Island thought leaders, Mr. Vecchio pitched the idea of a show focused solely on schools from a local perspective. Hillary White, an executive with JVC Broadcasting, the parent company of LI News Radio, really liked the idea and once they secured Suffolk Speech and Myofunctional Therapy as a sponsor, the show was given the green light. “Bob has great passion, great opinions and a great voice,” said Ms. White regarding the program’s host.

“I’m very excited about the opportunity to spotlight schools throughout Long Island,” said Mr. Vecchio. “There are so many wonderful things happening throughout our districts and I want to help get that message out to the local communities.”

Recorded at Slomin’s Studio in the terminal at Long Island MacArthur Airport, the first episode of “Spotlight on Long Island Schools” will feature three William Floyd students and their club advisor sharing their experiences at the Youth & Government conference held each year in Albany. The following week, students and faculty from Sayville High School will discuss their science, technology, engineering and mathematics (STEM) programs. A number of schools from the north and south shores of Nassau and Suffolk counties have expressed interest or already signed on for an upcoming broadcast.

In addition to having their positive stories told to a large radio audience, students get a sneak peek behind-the-scenes of a radio production. Families are also encouraged to attend and sit in the engineering room during taping.

“Spotlight on Long Island Schools” can also be live streamed at www.linewsradio.com. Participating schools will also receive a copy of the program to post on their websites to share with their local communities.