The Long Island Music Hall of Fame has announced the hiring of Executive Director Joe Jankowski as the music organization prepares to open its first museum, to be located in the new Wyandanch Village development, ... 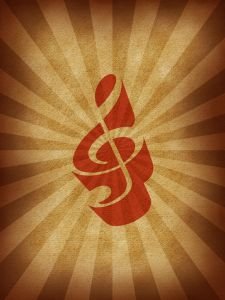 Melville, NY - March 24, 2015 -  The Long Island Music Hall of Fame has announced the hiring of Executive Director Joe Jankowski as the music organization prepares to open its first museum, to be located in the new Wyandanch Village development, in late 2017.
Jankowski brings experience from his involvement at the March of Dimes and other music organizations throughout the tri-state area.  “Joe’s proficiency in fundraising, donor cultivation, community engagements, event management and long-term strategic planning will bring enormous value to us at this exciting time,” says the LIMHoF Chairman, Ernie Canadeo.
Jankowski began his career in politics working for the New York State Assembly, United States Senate and House of Representatives and worked with legislatures who gave back to the community.  After completing his Bachelor’s at CUNY Baruch College, Joe focused his attention on non-profit work with prestigious New York institutions such as the Roundabout Theatre Company and the Joyce Theater Foundation as well as the world-renowned March of Dimes where he served as Community Director.  Jankowski holds a Masters of Public Administration from CUNY Baruch College.
“As Executive Director, my goal is to transition the organization into its new permanent space and museum as part of the Wyandanch Rising project. This initiative includes expanding our educational outreach programs throughout the community, making our future home the go-to resource for everything music.  With support from the Board of Directors, this seamless transition will take place through various fundraising strategies that will sustain the LIMHoF for years to come,” states Jankowski.
For more information on LIMHoF, please visit limusichalloffame.org. For more information on the new museum, please visit wyandanchvillage.com.
About the Long Island Music Hall of Fame (LIMHOF)
Long Island Music Hall of Fame (LIMHOF) is a 501(c)(3) organization dedicated to the idea that Long Island's musical heritage is an important resource to be celebrated and preserved for future generations. The LIMHOF was created as a place to inspire in each person the desire to explore and celebrate music in all its forms and to be a place where the music community will find the support, resources and leadership necessary to aim them in that exploration.