Andrew Hatcher, 26, of Brooklyn, a former direct support assistant at a state-run group home in Centereach was arrested for allegedly tying up a disabled resident. 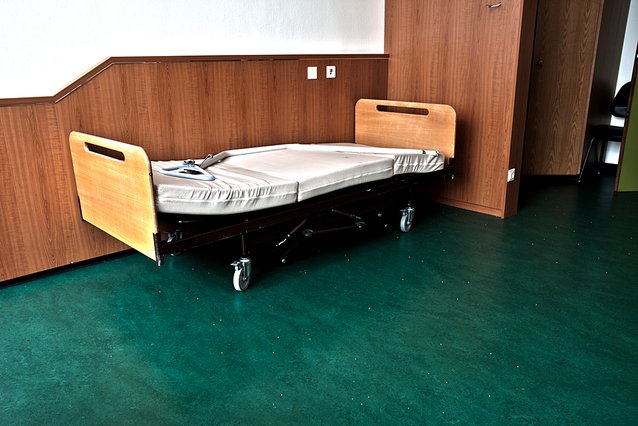 Schneiderman: Acts of abuse by health care workers on the disabled and other vulnerable members of society will not be tolerated.

Centereach, NY - September 7, 2016 - Attorney General Eric T. Schneiderman today announced the arrest and arraignment of Andrew Hatcher, 26, of Brooklyn, a former direct support assistant at the state-run group home Centereach Intermediate Care Facility in Centereach, for allegedly tying up an intellectually and physically disabled resident so that she was unable to get out of bed.

Hatcher allegedly wrapped a bed sheet around the frail resident’s waist and then tied and knotted the sheet to one leg of her pajama pants, which had been removed from her leg. Hatcher allegedly further endangered the resident by not checking on her during the entirety of the night shift when he was the only one responsible for her care and she was supposed to be checked on every fifteen minutes.

“Acts of abuse by health care workers on the disabled and other vulnerable members of our society will not be tolerated,” said Attorney General Schneiderman. “We remain committed to ensuring that all New Yorkers receive the quality care they deserve from medical professionals in our state.”

The felony complaint filed in Suffolk County District Court, charged Hatcher with Endangering the Welfare of an Incompetent or Physically Disabled Person in the First Degree, a class "E" felony, and noted that the U.S. Food and Drug Administration (FDA) issued a warning to the medical community that reports of deaths and injuries related to the use of physical patient restraint devices, including body holders, had increased.

The defendant was arraigned today before the Honorable Pierce F. Cohalan in Suffolk County District Court and released on his own recognizance.

If convicted, Hatcher faces up to 1 1/3 to 4 years in state prison.

Attorney General Schneiderman would like to thank the Office for People with Developmental Disabilities (OPWDD) for their assistance in conducting the investigation.

The charges are merely accusations and all defendants are presumed innocent unless and until proven guilty in court.