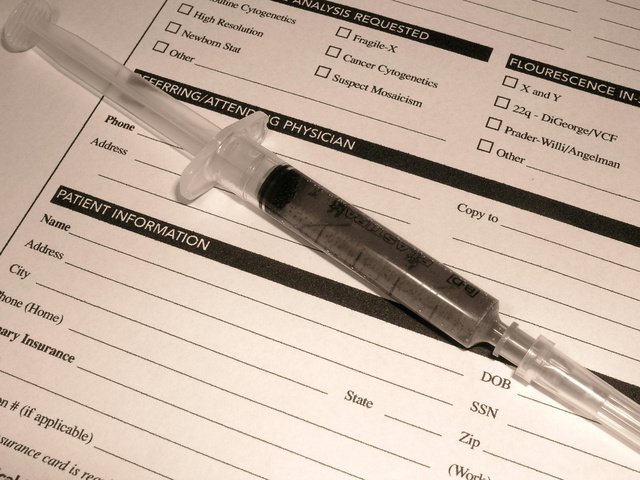 New York, NY - December 30, 2015 - Attorney General Schneiderman today announced agreements with Direct Laboratories LLC (“DirectLabs”) and Laboratory Corporation of America (“LabCorp”) that prevent these companies from enabling New Yorkers to undergo clinical laboratory testing without a licensed medical provider’s involvement, as required by New York State law.  DirectLabs, a Louisiana-based company, advertises “direct access” to laboratory testing, and sells requisitions directly to consumers, with no physician involvement, for over 250 different tests and testing packages, including tests for parasites, heavy metals, thyroid levels, vitamin levels, various cancer markers, and specific diseases such as celiac disease and rheumatoid arthritis.  Without a health provider overseeing the test results in the context of a person’s clinical overall presentation, these test results can give consumers a mistaken impression to the detriment of their health – particularly where tests may have a propensity for either false positives or false negatives.

“My office is committed to helping all New Yorkers take control of their health and make educated health care decisions,” Attorney General Schneiderman said. “However, enabling consumers to purchase laboratory tests for serious medical conditions without consulting a physician does not help New Yorkers control their health, but rather risks placing their health in jeopardy.  Licensed medical providers are essential to ensuring consumers undergo testing that will yield clinically useful results and that the results are properly interpreted in light of the patient’s medical condition as a whole.”

DirectLabs has been able to offer its direct testing service because of its relationship with LabCorp.  LabCorp provided DirectLabs with the technology needed to generate requisitions and receive test results, and LabCorp processed specimens based on DirectLabs’ requisitions.  As a result of DirectLabs’ and LabCorp’s actions, New Yorkers were able to undergo clinical laboratory testing without ever consulting a health care practitioner, even when New York State law requires that such testing be performed only at a licensed practitioner’s request.  Their actions placed New Yorker consumers’ health at risk, as licensed medical practitioners are uniquely qualified to identify which tests will be useful for their patients, interpret the results, and determine whether the results are clinically meaningful for the patient based on the entirety of the patient’s medical condition.

The settlement with DirectLabs and LabCorp comes after an investigation by the Attorney General’s Health Care Bureau showed that DirectLabs sold requisitions for a wide range of tests, and that these requisitions were automatically generated with a licensed chiropractor’s name – who had never seen or spoken with the patients – in exchange for a $24 “access fee” payment.  Consumers could then take those requisitions to a LabCorp patient service center to have the testing performed at reduced prices negotiated between LabCorp and DirectLabs.  The chiropractor whose name appeared on the requisitions not only never met or spoke with any of the approximately 1,100 consumers whose laboratory tests he authorized, he did not follow up with any of the consumers about the test results.

LabCorp enabled DirectLabs to offer this service by providing DirectLabs with the tools needed to generate requisitions and receive test results, and LabCorp would honor the requisitions presented by DirectLabs’ customers.   LabCorp examined specimens based on the automatically generated requisitions, without ever checking to see whether the health care provider named on the requisition was acting within the scope of his license.  As a result, it performed over 100 clinical laboratory tests based on DirectLabs’ requisitions that were outside the ordering chiropractor’s scope of practice.

Under the settlement with DirectLabs, DirectLabs will no longer operate in New York State and must refund all customers with requisitions that have not yet been presented to a laboratory for testing to be performed.  Under the settlement agreement with LabCorp, LabCorp’s patient service centers in New York will no longer accept specimens for examination pursuant to requisitions generated by DirectLabs or any similar company.  Further, LabCorp will ensure that requests for laboratory testing submitted by health care providers are within the provider’s scope of practice as set forth by the New York State Education Department and that the providers’ licenses are current.  DirectLabs is obliged to pay a $24,500 penalty, while LabCorp will pay a $225,000 penalty.

This investigation was conducted by Assistant Attorneys General Michael Reisman and Elizabeth Chesler in the Health Care Bureau, with assistance provided by Investigators Elsa Rojas, Luis Carter and John McManus in the Attorney General’s Investigations Bureau. The Health Care Bureau is led by Lisa Landau and the Executive Deputy Attorney General for Social Justice is Alvin Bragg. Janet Sabel is the First Deputy for Affirmative Litigation.