Should Peter King give his support for Harvey victims without stepping on any toes, or are his pot-shots at Ted Cruz acceptable given the Texan’s checkered history with New Yorkers? 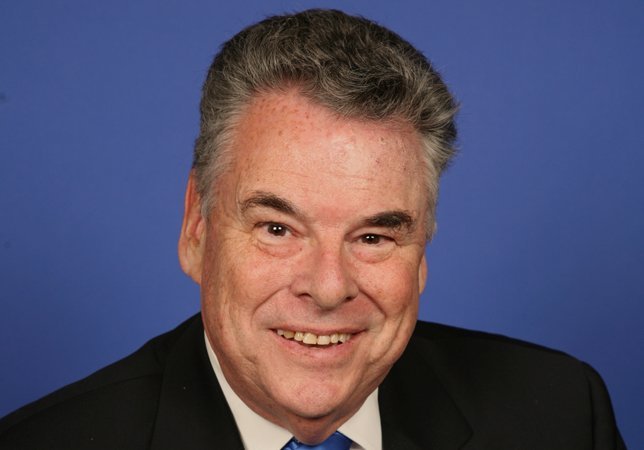 Long Island, NY - August 29, 2017 - Hurricane Harvey made landfall in southeastern Texas on August 25, and has been the cause of catastrophic flooding and devastation ever since, especially in the Greater Houston area. So far 15 lives have been lost and an untold number of homes and businesses have been destroyed, and residents of the Lone Star State are bracing for what comes next as Federal Emergency Management Agency (FEMA) Director Brock Long himself has declared Harvey the worst disaster in Texas history.
Naturally, Long Islanders may be having a strong sense of déjà vu, as many local residents were hit hard and lost much during the infamous Superstorm Sandy in 2012; some are still feeling its terrible effects to this very day, in fact.
New York has seen an outpouring of support for the residents of Texas in recent days; Governor Andrew Cuomo has announced that he is allocating numerous personnel, vehicles and equipment from the New York Air National Guard to assist with rescue and evacuation efforts, and other politicians such as Congressman Tom Suozzi (D-Long Island, Queens) have organized drives among their constituents for funds and supplies to send to Texans displaced by Harvey.
However, one Long Islander, while also offering support to those suffering under Hurricane Harvey’s wrath, is using the opportunity to settle an old score as well; Congressman Peter King (R-Seaford) took to Twitter this weekend, declaring that he would indeed vote in favor of a proposed disaster financial aid package for Texas, but also fired a salvo at Texas Senator Ted Cruz for voting against a similar aid request for New York and New Jersey in 2012 when it was needed in the wake of Superstorm Sandy’s passing.
"Ted Cruz & Texas cohorts voted vs NY/NJ aid after Sandy but I'll vote 4 Harvey aid. NY wont abandon Texas. 1 bad turn doesnt deserve another," King tweeted on August 26. "As lifelong NYer w/ NY values I will vote for emergency Harvey $ for Ted Cruz's constituents. Above all, true Americans must stand together."

Clearly, King feels that Cruz asking for aid now while attempting to deny it to New York in 2012 is hypocritical; in addition to slamming Cruz for his lack of support for Sandy aid in 2012, King also snuck in a reference to an insult the Texas Senator made about New Yorkers during his unsuccessful bid for the Republican Presidential nomination in 2016, lambasting so-called liberal “New York values” within a negative context.
Nonetheless, the 2012 Sandy aid package passed without Cruz on-board with a Senate vote of 62-36.
Cruz responded to King’s tweets this week, defending his decision not to back aid for New York after it was hit by Sandy by claiming that the two-part $60.4 billion aid package – consisting of a $9.7 billion flood relief increase for FEMA, followed by an additional $50.5 billion to support relief efforts and rebuilding – contained extra funding for side projects and items unrelated to Superstorm Sandy which caused numerous Republicans to oppose it.
“The problem with that particular bill is it became a $50 billion bill that was filled with unrelated pork,” Cruz said on August 28 during an interview with NBC’s Katy Tur. “Two-thirds of that bill had nothing to do with Sandy.”

While reports since have partially supported some of Cruz’s claims, newspapers such as The Washington Post have attempted to debunk the Texas Senator’s assertion that “two-thirds of that bill had nothing to do with Sandy.”
“The Congressional Research Service issued a comprehensive report on the provisions, and it’s clear that virtually all of it was related to the damage caused by Sandy,” The Post said. “There may have been some pork in an earlier Senate version, but many of those items were removed before final passage. There were also some items that appear to have been misunderstood.”
While neither side will be agreeing on the content of the 2012 Sandy aid package any time soon, were Peter King’s Twitter jabs at Ted Cruz warranted given the circumstances? While some may argue that Cruz’s comments and actions towards the citizens of New York – the same people he is now asking for assistance – have painted him in a very poor light, the fact remains that Hurricane Harvey is an epic disaster that is destroying lives and property, with some arguing that the situation calls for a sense of gravitas devoid of petty political squabbling.
What do you think? Should Peter King be the bigger man in this instance and give his support without stepping on any toes, or are his pot-shots at Senator Ted Cruz acceptable given the Texan’s checkered history with New Yorkers?