The SCSPCA will be taking in illegally possessed reptiles and amphibians without threat of prosecution on September 7. 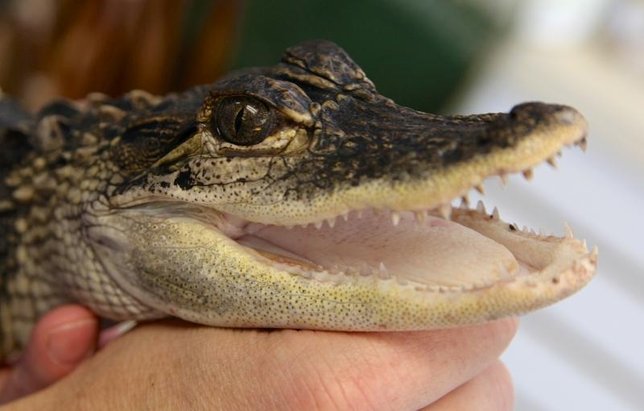 Hauppauge, NY - August 29, 2013 -​  The Suffolk County SPCA, in cooperation with NYS Department of Environmental Conservation, and U.S. Fish & Wildlife and USDA will be hosting an Amnesty Day for illegally possessed reptiles and amphibians. To date 18 alligators have been unlawfully released in the area, including 5 this summer in Suffolk County and 1 in Mount Vernon.

Chief Roy Gross of the Suffolk SPCA said that the Amnesty Day is the second of its kind for unlawfully possessed reptiles and amphibians in Suffolk County.  The program will be held at the PETCO, 1100 Middle Country Rd., NY on Saturday, Sept. 7, 2013 from 12 noon until 4 pm. "The purpose of this effort is to get these reptiles and amphibians into a controlled environment where they can be cared for properly," Gross said.
This comes in the wake of recent releases of alligators, snakes, and other reptiles into communities in Suffolk County. "People who are in possession of these animals unlawfully can turn them in to us without fear of prosecution.  No one will be asked to give their name," said Chief Gross. Owning alligators is illegal without proper permits.  People buy baby gators then release them when they get older and more difficult to handle. The reptiles cannot survive Long Island winters.
Trained handlers will be available to accept the reptiles and amphibians from the public.  People are asked to bring the animals in containers which will be returned on a numbered basis.
"Abandoned and dangerous reptiles and amphibians have become an all to common occurrence here on Long Island," said DEC Region 1 Director Peter A. Scully. "All too often, individuals do not realize the difficulties and complications that arise from owning one of these animals. DEC is proud to be part of Long Island's first amnesty day and hopes anyone currently attempting to care for one of these animals takes advantage of this rare opportunity."
Animals that will be accepted during the program:
All reptiles that are venomous
Large Constrictor Snakes listed below
1)   Burmese Python
2)   Reticulated Python
3)   African Rock Python
4)   Green Anaconda
5)   Yellow Anaconda
6)   Australian Amethystine Python
7)   Indian Python
Large Lizards / Monitors listed below
9)  Asiatic (water) Monitor
10)  Nile Monitor
11)  White Throat Monitor
12)  Black Throat Monitor
13)  Crocodile Monitor
14)  Komodo Dragon
15)  All species and sub-species of Crocodilia (alligators, crocodiles & caimans)
Non-target species
Species that do not require permits, and/or are not threatened or endangered will not be accepted.
NO MAMMALS WILL BE ACCEPTED, NOR IS UNLAWFUL POSSESSION OF MAMMALS PART OF THIS AMNESTY PROGRAM.
For more information contact:
Suffolk County SPCA 631 382-7722
DEC 631 444-0250
USFWS 516 825-3950
USDA