Ray Kelly Speaks Out on Illegal Handguns, “Weapon of Choice” for NYC Criminals

NYPD Commissioner Kelly sheds light on illegal handguns - the most widely used firearm in crimes and murders in NYC. 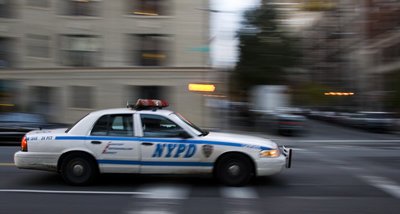 Though much of the recent attention on gun control is aimed at assault weapons and high-capacity magazines such as those used in the Sandy Hook shooting, New York City Police Commissioner Ray Kelly has turned away from blaming assault weapons and has set his sights on illegal handguns, which he calls the “weapon of choice” for criminals in the city.

Early this week, Kelly voiced his stance on gun control in an editorial penned for the New York Post titled “Scourge of NYC Streets,” in which he declared that while banning assault weapons altogether would be “welcome,” his larger concern is in regard to illegal handguns.

According to Kelly, 90% of illegal firearms seized from suspects in arrests in New York City in 2012 were handguns.  He added, “When someone is murdered in New York City… odds are an illegal handgun was used.”

Assault weapons made up only 3% of the illegal weapons that were seized last year.

Of illegal handguns involved in NYC crimes, 90% were purchased out of state, with the most popular sellers residing in Virginia, Pennsylvania, Georgia, South Carolina, North Carolina, and Florida.

To prevent illegal handguns from falling into the hands of criminals, Kelly is a strong supporter of universal background checks, “regardless of how or where the gun was sold” to close loopholes that are currently in the system.

President Obama continues to push legislation to reduce gun violence, including ordering tougher penalties for those who lie on background checks and furthering efforts to trace illegal guns seized in criminal investigations.