Advocate groups and foreign governments are seeking out illegal immigrants affected by Sandy who have no other resources.

While many New Yorkers affected by Superstorm Sandy are applying for federal assistance or making claims through their homeowners insurance for damages caused by the storm, advocacy groups and even foreign governments are stepping in to assist illegal immigrants who have been impacted by the storm. 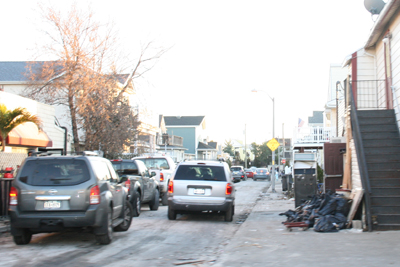 The Associated Press recently reported that the Mexican President Felipe Calderon allocated $180,000 in aid for mexicans living in affected areas.  In fact, the report estimates that there are approximately 20,000 mexicans living on Staten Island, one of the regions most devastated areas, and one of the major landing zones for mexican immigrants.
The report goes on to say that 735 mexicans have already signed up for this aid, which may be too little to meet the growing number of requests.  As of Saturday, only 66 checks had been written for a total of $110,000.
Immigrant families with children born in the United States are eligible to apply for federal assistance through FEMA.  But many immigrant, fearing deportation, continue to live in their flood damaged homes and apartments to the detriment of their health.
Mexican officials and members of advocacy groups, such as El Centro del Inmigrante, have been searching for impacted immigrants by visiting shelters and going door-to-door.
Immigrants and Customs Enforcement told the Associated Press that it has been conducting “limited street enforcement” since the storm, but it will soon begin “normal enforcement activity” with a focus on “at-large criminal immigrants.”
Share your thoughts on this article by posting a comment below or by visiting our Long Island Living discussion forum.