Mark Gajewski succumbed to 9/11-related cancer in 2017 after working at Ground Zero for nine months. 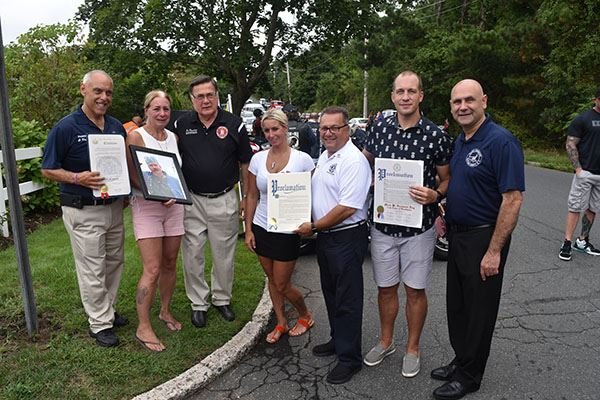 Mark Gajewski died in 2017 from 9/11-related illness after having spent nine months working on the pile in 2001, cleaning up the debris at Ground Zero after the one of the worst acts of terrorism on the shores of the United States.

A portion of Martha Avenue in East Patchogue was renamed as “Mark W. Gajewski Way” in his honor. Also known as “Ski,” Gajewski was a professional welder lost his battle with 9/11-related lung cancer on December 11, 2017. He also drove his own truck to New Orleans to help in the aftermath of Hurricane Katrina in 2005.

“Mark Gajewski was an ordinary man who performed extraordinary acts and sacrificed his own life to help others,” said Supervisor Ed Romaine in a statement released by Brookhaven Town about the dedication. “His family should take pride in knowing how much we all appreciate his courage to do the right thing."