Broadway producer and Sag Harbor community local Stewart Lane has been cast as Eronius in Bay Street Theatre’s presentation of A FUNNY THING HAPPENED ON THE WAY TO THE FORUM. 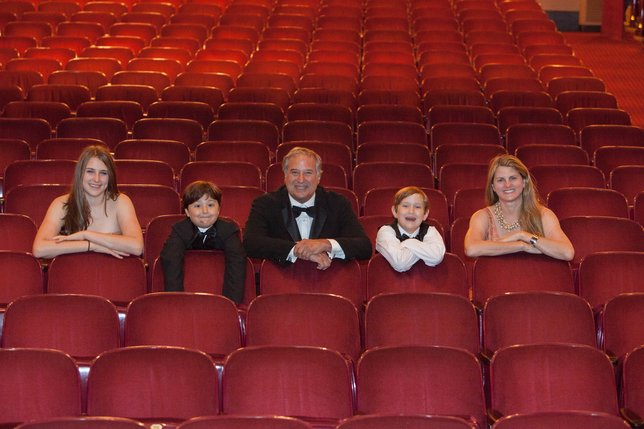 Sag Harbor, NY – July 9th, 2013 – Broadway producer and Sag Harbor community local Stewart Lane has been cast as Eronius in Bay Street Theatre’s presentation of A FUNNY THING HAPPENED ON THE WAY TO THE FORUM, beginning August 6 and running through September 1. The show stars Peter Scolari with Conrad John Schuck and Jackie Hoffman. The book is by Burt Shevelove and Larry Gelbart with lyrics and music by Stephen Sondheim; music direction by Ethyl Will; and directed and choreographed by Marcia Milgrom Dodge. Tickets are $67.50, $77.50 and $79.50. For more information call the Box Office at 631-725-9500 or buy online at www.baystreet.org. August 6 will be a “Pay What You Can” performance with a limited number of tickets available on that date after 2 pm at the Bay Street Theatre Box Office.

After receiving a BFA in Acting from Boston University, Stewart Lane performed at New Jersey Shakespeare Festival, Bucks County Playhouse, Forestburgh Theatre, Royal Poinciana Playhouse, Cape Cod Playhouse, Pocono Playhouse, Tanglewood Barn Theater, Fox Hollow Theater, Piedmont Repertory Theatre, and the Little Theatre on the Square. Lane then turned his focus to management, producing and directing and has since won five Tony Awards (War Horse 2011, Jay Johnson: The Two and Only 2006, Thoroughly Modern Millie 2002, The Will Rogers Follies 1991 and La Cage aux Folles 1984) and an Olivier as a producer. Lane has directed plays off-Broadway and in regional theaters.  His plays have been produced off-Broadway and in regional theater and his books “Let's Put on A Show”, “Jews on Broadway” and the upcoming “Black on Broadway” are the textbooks used in several college courses. Christened by his wife as "Mr. Broadway", you can learn more about him at his website  www.mrbroadway.com

The Bay Street Theatre Box Office is open seven days a week 11 am till 8 pm. For more information call the Box Office at 631-725-9500 or buy online at www.baystreet.org.