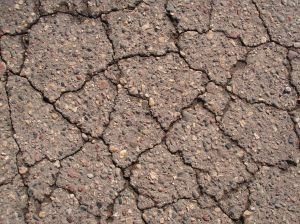 Specifically, the Suffolk County Legislature recently approved the County’s $3.3 million share of the $18.5 million reconstruction project. The appropriation, which represents 20% of the estimated total project cost, now entitles the County to qualify for an additional $15.2 million in Federal aid that will fully fund the project.

"This appropriation represents a key step toward finally making the Pinelawn Road rehabilitation project a reality,” said Legislator D’Amaro, whose legislative district encompasses portions of the reconstruction area. “Pinelawn Road is one of the most heavily travelled thoroughfares between the Towns of Babylon and Huntington and this project will make the corridor much safer for both local businesses and the families who reside in the neighboring residential communities."

The project consists of two phases impacting different sections of the road. The first phase calls for the realignment of Pinelawn Road at the Ruland Road/Colonial Springs Road intersection in Melville. It includes the removal of the center median as well as the widening of Colonial Springs Road via the addition of a second lane in each direction between Pinelawn Road and Little East Neck Road. This phase will also contain various drainage improvements including the installation of a recharge basin to mitigate flooding problems, installation of new curbs, sidewalks and traffic signals, and a full depth asphalt pavement resurfacing. Specific design plans for this phase are in the process of being reviewed by the State and Federal governments with construction scheduled to commence by Spring 2014. Work on this phase should be completed within 18 months of commencement.

“These areas are well-known bottleneck points during rush hour," D'Amaro said. “It is not uncommon to see cars backed up along the entire length of Colonial Springs Road between Pinelawn and Little East Neck roads. This project will go a long way toward relieving that congestion and increasing traffic flow at these critical junctures.”

The second phase of the project is located further south on Pinelawn Road in East Farmingdale. This phase calls for the realignment of the existing offset intersection at Conklin Avenue/Long Island Avenue at its intersection with Pinelawn Road. This portion of the project requires the acquisition of adjacent privately owned land to facilitate the widening and reconstruction of the intersection. Adequate funding is available for these land acquisitions, which are presently in negotiation.

“Fortunately, the Federal government has agreed to provide 80% of the funds necessary to complete these critical road improvements, which is a win for County taxpayers,” said D’Amaro. “With the approval of the County’s 20% share now finalized, everything is now in place to ensure that the reconstruction of Pinelawn Road will proceed. I look forward to the much anticipated commencement of the first phase of this vital project during the coming year.”