Jason Parker, the Central Islip man accused of beating up another driver in a road rage incident on the Long Island Expressway last week, pleaded not guilty Monday. 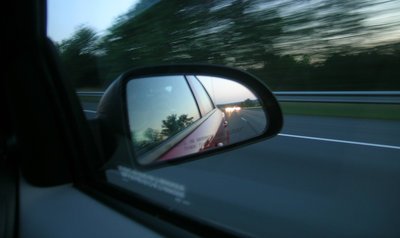 CENTRAL ISLIP, N.Y.—Jason Parker, the Central Islip man accused of beating up another driver in a road rage incident on the Long Island Expressway last week, pleaded not guilty Monday.

Parker, 25, was charged with criminal mischief, assault and aggravated unlicensed operation of a motor vehicle after he reportedly smashed another driver’s windows with a bat and punched him in the face last Wednesday.

The incident happened at around 8:30 a.m. near Exit 62 in Holtsville. The alleged victim, Randy Solis, 18, told police that after changing lanes he saw a white car coming up fast behind him “…riding my bumper… crazy close to my bumper.” Solis said Parker chased him for miles in a BMW.

According to police, Parker followed Solis off the expressway and cut him off, causing a minor crash between two other vehicles. It was then, police say, that Parker drew out an aluminum baseball bat.

He “swung it at the front windshield and smashed it…then smashed the driver side window…yelling and cursing (then)…jabbed the bat into my face,” Solis said.

“The windshield and two side windows were all smashed, making it a felony,” said Suffolk County Police Lt. Tom O’Hare.

Before Parker sped off, Solis was able to get his license plate number and another witness took Parker’s picture, police said.

Solis was treated for his injuries at Stony Brook University Hospital.

But Parker’s attorney, Robert Macedonio, tells another story questioning who the victim in the incident actually was.

“There are conflicting stories as to what happened,” Macedonio said. “There are questions, according to the statements, as to who was initially the driver and who was the initial aggressor on this matter.”

“My client has indicated during the arraignment he does have bruises and injuries to his body, which he claims are at the hands of the complaining witness in this matter,” Macedonio continued. Macedonio would not provide further details regarding what might have occurred.

Prosecutors said Parker, an unmarried father of two, was also driving with a suspended license, with his girlfriend and baby in the car. Parker’s bail has been set at $10,000.

Please leave your comments about this story below or on our Long Island Living Discussion Forum.