Secretary of the Interior Sally Jewell announced Tuesday in a news release that $475.25 million in relief funding is being made available for 234 rebuilding projects along the Eastern Seaboard following Superstorm Sandy. 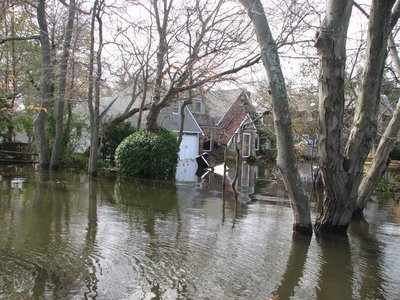 Secretary of the Interior Sally Jewell announced Tuesday in a news release that $475.25 million in relief funding is being made available for 234 rebuilding projects along the Eastern Seaboard following Superstorm Sandy.

"The funding we are making available today will help repair and rebuild facilities, reopen roads and restore services in order to get our parks, refuges, beaches, and public lands fully operational and open to the public this summer," Jewell said.

"We will continue to focus our efforts on rebuilding to welcome visitors, help jump-start local economies, and make communities stronger and more resilient to help withstand potential damage from future storms."

Fire Island alone sustained $10 million in damages from hurricane winds and high tides that devastated the island’s natural dunes and beaches and destroyed the lighthouse dock, boardwalks and visitor facilities.

More than $14 million is being released by The Department of the Interior's National Park Service for restoration projects on Fire Island and on Sagamore Hill in Oyster Bay.

The Fish and Wildlife Service will free up $6.3 million for Long Island National Wildlife Refuge Complex projects, which include debris removal, roof repair, and generator and electrical improvements in nine wildlife refuge areas throughout Long Island.

Officials said that the Department of the Interior received $829.2 million in the Disaster Relief Appropriations Act of 2013, but that figure was reduced by $42.5 million to $786.7 million because of the sequestration.

"We will continue to work closely with the states and members of Congress to design effective programs and to ensure that all funds are used to help get communities back on their feet," said National Park Service director Jonathan B. Jarvis, who is the agency's representative to the Hurricane Sandy Rebuilding Task Force.

In addition to this funding, U.S. Senator Charles E. Schumer announced Wednesday that $150 million in federal funds are being allocated for repairs to Gateway National Recreation Area following Superstorm Sandy. This federal funding is being appropriated through the Department of Interior.