The New York State Department of Motor Vehicles (DMV) today announced a dramatic reduction in the time it takes to issue customers certificates of title documents. 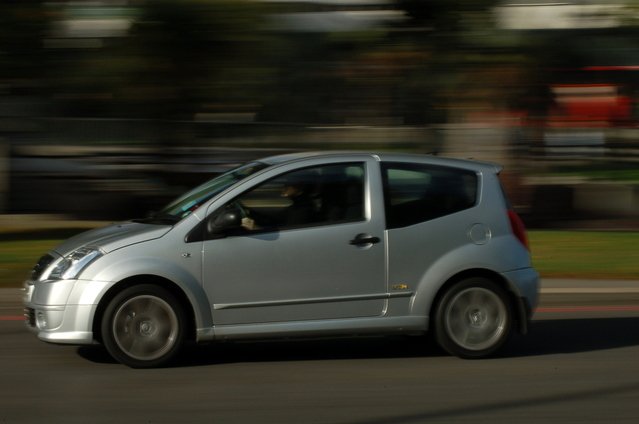 Albany, NY - August 17, 2016 - The New York State Department of Motor Vehicles (DMV) today announced a dramatic reduction in the time it takes to issue customers certificates of title documents, making it possible for New Yorkers to receive their titles faster than ever before. The change in process, which allows customers to receive their titles in 11 to 14 days from the date of registration, down from as many as several months, was implemented through Governor Cuomo’s Lean initiative, an innovative public-private partnership designed to make government more efficient and responsive, which has had widespread impact since its inception in late 2013. These changes to the process impact about 90 percent of all the titles issued, which positively affects more than 2.5 million customers each year.

“Not only does this expedited process appear great on the surface, it is having a positive ripple effect on other processes too: because customers are receiving their titles quicker, they are calling far less frequently, allowing staff to handle other inquiries quicker, including those that deal with more complex questions regarding their title documents,” said DMV Executive Deputy Commissioner Terri Egan. “Under the Governor’s leadership, state government is working smoother and more efficiently, and I thank him for helping us continue to make improvements to customer service to benefit New Yorkers everywhere.”

In April, New York State’s Lean initiative received a 2016 Citizens Budget Commission’s Prize for Public Service Innovation, awarded annually – in alternating years to either a New York State or a New York City agency – to recognize and promote successful innovations in the delivery of public services. The program engages frontline state employees to improve their own processes to remove unnecessary steps and streamline government services, instead of using expensive outside consultants. Governor Cuomo implemented the program in New York State in 2013 at the suggestion of his Spending and Government Efficiency (SAGE) Commission.

Certificates of title for vehicles establish the legal owner of a vehicle, and the New York State Vehicle and Traffic Law requires the DMV to wait ten days before issuing a new title document so that lien holders have time to file their lien request. Because most customers who purchase a vehicle do not need their title immediately, the change will have the most impact on customers who need to re-sell their vehicle quickly, or customers whose cars have been totaled and need to transfer the titles to insurance companies, for example. Improvements to the title issuance process include the automation of formerly manual processing steps, and enhancements to interagency systems that check and ensure the accuracy and validity of the vehicle’s ownership history.

The Lean principles have been applied to 26 projects at DMV to date. The majority of these projects achieved a 40 percent improvement or better in cycle time (the time to get products or services back to a customer after a request), in addition to reductions to rejection rates and other inconveniences to the customer. DMV continues to examine more processes for the opportunity to eliminate waste and improve the customer experience. Some projects, such as the Vehicle Safety Dealer Applications Project, have made improvements to the business community’s experience with DMV. Improvements to the application form, website information, and communication between central office and field staff have improved the cycle time to register a motor vehicle dealer from an average of 107 days to 47. Subsequent efforts to improve the New York State business experience also reduced repair shop and inspection station application cycle time.

In addition to several individual awards for DMV employees for their Lean efforts, DMV received an “Exemplary Agency Award” two years in a row at the 2014 and 2015 New York State Lean Conference.

DMV has made countless advances that directly benefit New Yorkers in recent years. The agency’s Customer Service Initiative, which began at Governor Cuomo’s direction in 2012 to increase efficiency and streamline services, includes improvements to its offices, website, and call centers. In September 2014, the average wait time at state-run DMV offices was reduced to 30 minutes, down from an average of 72 minutes in March 2013. The average wait time has remained at around 30 minutes since then. In 2013, DMV implemented an online reservation system to allow customers to reserve a day and time convenient for them without a wait. Motorists may also sign up online to receive license, registration, and inspection renewal reminders via email and text message. Customers can complete several title-related transactions on DMV’s website, including checking a title or lien status or replacing a title certificate.