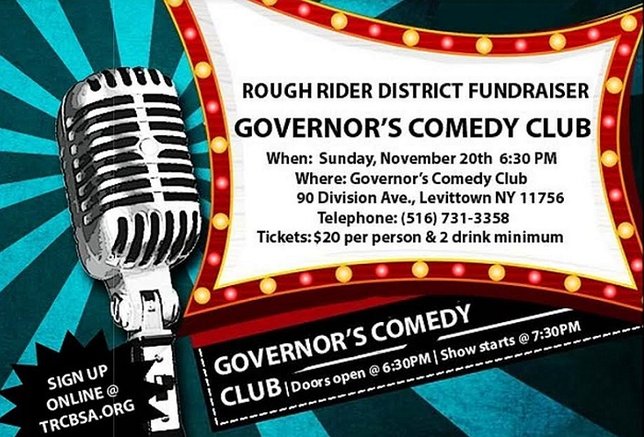 Former Senate majority leader Dean Skelos arriving to court in New York on Thursday, May 12, 2016 before getting prison sentence.

New York, NY - May 12, 2016 - Preet Bharara, the United States Attorney for the Southern District of New York, announced today that former New York State Senate Majority Leader Dean Skelos was sentenced today to five years in prison after having been found guilty by a federal jury of using his official position to obtain more than $300,000 in bribes and extortion payments that were paid to his son, Adam Skelos, in exchange for Dean Skelo’s official acts.

Adam Skelos, who was convicted by the same jury, was also sentenced to six-and-a-half years in prison.  Dean Skelos and Adam Skelos were sentenced in Manhattan federal court by U.S. District Judge Kimba M. Wood, who also presided over the four-week jury trial.

U.S. Attorney Preet Bharara said:  “In the span of just 16 months, we have seen the arrest, prosecution, conviction, and sentencing of both leaders of the New York State legislature.  The nearly simultaneous convictions of Sheldon Silver and Dean Skelos, whose corruption crimes were laid bare during fair and public trials, have no precedent.  And while Silver and Skelos deserve their prison sentences, the people of New York deserve better. These cases show – and history teaches – that the most effective corruption investigations are those that are truly independent and not in danger of either interference or premature shutdown. That will continue to be our guiding principle in exposing and punishing corruption throughout New York. I thank the career investigators and prosecutors in my office, as well as FBI Assistant Director Diego Rodriguez and his entire team for their tremendous work in these two landmark prosecutions. All New Yorkers who believe in clean government owe them an enormous debt of gratitude.”

According to the evidence introduced at trial, court filings, and statements made in Manhattan federal court:

Dean Skelos and Adam Skelos were able to secure these illegal payments through implicit and explicit representations that Dean Skelos would use his official position to benefit those who made the payments, and punish those who did not.  In total, Dean Skelos obtained over $300,000 in payments to Adam Skelos through persistent and repeated pressure applied to senior executives of three different companies that needed legislation passed in the New York State Senate and other official actions from Dean Skelos.

As a result of the sustained pressure from Dean Skelos, representatives of Glenwood arranged for a $20,000 direct payment to Adam Skelos and further arranged for Abtech Industries (“Abtech”), an Arizona-based stormwater technology company in which Glenwood’s founding family owned a stake, to make $4,000 monthly payments to Adam Skelos.

Glenwood arranged for these payments to Adam Skelos due to the company’s substantial dependence on Dean Skelos for real estate tax abatements and other real estate legislation favorable to Glenwood, and based in part on statements from Dean Skelos that he would punish those in the real estate industry who defied him.

After successfully obtaining Adam Skelo’s Abtech consulting contract for $4,000 per month, Dean Skelos assisted Abtech in causing Nassau County to issue a request for proposal (“RFP”) for a public works project that was tailored to Abtech’s stormwater technology.  Dean Skelos and Adam Skelos then threatened to use Dean Skelos’s official powers to block Abtech’s bid for the RFP unless the company sharply increased Adam Skelos’s payments.

Abtech ultimately agreed to increase Adam Skelo’s payments to $10,000 per month because the company feared that, if it did not meet the defendants’ demands, it would lose the Nassau County contract that was critical to its business.  In return for the payments to Adam Skelos, and to ensure that they would continue, Dean Skelos facilitated the approval of Abtech’s $12 million contract with Nassau County and thereafter took numerous additional official actions to benefit Abtech.

In January 2015, Dean Skelos was intercepted in a call with the Nassau County Executive in which he asked for an explanation for the lack of funding, complaining on behalf of Adam Skelos that “somebody feels like they’re getting jerked around the last two years.”

The next day, Dean Skelos traveled with the County Executive and his Deputy to the funeral of a New York City Police Department officer, where Dean Skelos reiterated in person his demand that the County expedite payments to Abtech.

Dean Skelos also used his official position in an attempt to direct a portion of a $5.4 billion sum that the State had recovered in litigation with financial services companies (the “Settlement Funds”) in a way that would benefit water projects and contracts that were being pursued by Abtech.

Dean Skelos also used his official position in an attempt to enact State “design-build” legislation that was being sought by Abetch and that Nassau County officials had explained was necessary to implement fully the $12 million contract with Abtech.

Later, Adam Skelos told Abtech’s representatives that while design-build legislation would not be enacted as part of the April 2015 budget process,Dean Skelos would continue to pursue it in the legislative session continuing through June 2015.  The defendants were arrested in May 2015 before their plan to enact the legislation could be completed.

During the same time period as the Glenwood and Abtech schemes, Dean Skelos pressured yet a third company, called Physician Reciprocal Insurers (“PRI”), to pay Adam Skelos.  PRI is a major medical malpractice insurance firm, whose existence depends on New York State legislation that exempts the firm from being liquidated even though its liabilities exceed its assets.

Similar to the Glenwood scheme, Dean Skelos solicited payments to Adam Skelos from PRI during the same conversations when PRI was seeking Dean Skelos’s support for the extension of this legislation that was critical to PRI’s business.

In response to the pressure from Dean Skelos to find sources of payment to Adam Skelos, PRI agreed to, among other things, give Adam Skelos a full-time job with benefits.  Even though Adam Skelos was expected to work 40 hours per week, he treated his PRI position as a “no show” job from the outset of his employment.

When Adam Skelo’s supervisor told Adam Skelos that he was expected to show up to work, Adam Skelos berated him and told him “[g]uys like you . . . couldn’t shine my shoes. . . . And if you talk to me like that again, I will smash your fucking head in.”

When the CEO of PRI told Dean Skelos that Adam Skelos was not showing up to work and was mistreating the other employees, Dean Skelos expressed no concern about Adam Skelo’s conduct and simply told the CEO to “[w]ork [it] out.”

Based on this conversation, among others, the CEO understood that if he did not continue to pay Adam Skelos, despite his non-performance and misconduct at work, he was risking Dean Skelos taking legislative action against PRI.

Later, when former Senator Alphonse D’Amato, one of PRI’s lobbyists, reiterated to Dean Skelos that Adam Skelos was not showing up to work and was being disruptive when he actually did show up, Dean Skelos also dismissed Senator D’Amato’s concerns and told him that Adam Skelos needed the income and benefits from PRI.

During the time period that PRI was paying Adam Skelos, Dean Skelos repeatedly voted to extend PRI’s legislative protection from liquidation as well as other legislation that was being sought by PRI.

Dean Skelos and Adam Skelos were found guilty by a unanimous jury on December 11, 2015, of conspiracy to commit extortion under color of official right, conspiracy to commit honest services wire fraud, three counts of extortion under color of official right, and three counts of soliciting and receiving bribes.

U.S. Attorney Bharara praised the work of the Criminal Investigators of the United States Attorney’s Office and the Federal Bureau of Investigation, who jointly conducted this investigation.

This case was prosecuted by the Office’s Public Corruption Unit.  Assistant U.S. Attorneys Jason A. Masimore, Rahul Mukhi, Tatiana R. Martins, and Thomas A. McKay are in charge of the prosecution.