Funds to benefit 8,000 school-age children in 68 Advantage After School Programs 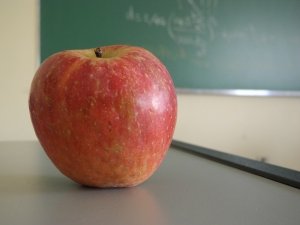 Albany, NY - July 18, 2014 - Governor Andrew M. Cuomo today announced $10.9 million in new grants for 68 Advantage After School Programs (AASPs) across New York State, providing thousands of school-age children with quality youth development opportunities for three hours at the end of each school day. The statewide programs reduce the burden on parents and guardians who work in the evenings and are proven to boost academic achievement, enrich relationships with their peers and increase school attendance.
“By funding these afterschool programs, we are ensuring that children in communities across the State have access to learning opportunities and cultural exposure that will further their development for years to come,” Governor Cuomo said. “Our administration is focused on providing exceptional learning environments to students, from Pre-K through college, and supporting exercises that are proven to enhance their learning experience is the right thing to do. After school programs play a major role in enriching the lives of children, and this funding to Advantage After School Programs is a wise investment for New York’s future."
AASPs offer a broad range of educational, recreational, cultural, and age-appropriate activities that integrate what happens in the school day. Programs operate five days per week during the regular school year, and may also operate during school breaks or extend hours into the early evening. AASPs are supported by school, community, and public-private partnerships, and involve youth and their families in planning and implementation. Additionally, the programs integrate lessons learned throughout the school day with less formal learning experiences, and encourage the active participation of children, youth and families in the design and delivery of program activities.
The contracts, administered by the New York State Office of Children and Family Services (OCFS), are scheduled to begin September.
OCFS Acting Commissioner Sheila J. Poole said, “Investing in children through community school-based programs like Advantage After School is critical for their continuing social, emotional and academic development. This continued funding demonstrates the Governor’s commitment to New York’s working parents and the importance of providing meaningful opportunities for students statewide.”
Congresswoman Nita Lowey said, “After school programs offer children a stimulating environment to learn and grow, but also give working families the peace of mind that their children are in a safe, stable environment while parents are finishing their work day. As the Ranking Member on the House Appropriations Committee, sponsor of the first federal after school program, and co-chair of the Congressional Afterschool Caucus, I have made it a priority to ensure strong federal funding for after school programs, TANF, and other important programs like Head Start and Early Head Start. This is a smart investment, and I will continue to fight for these critical investments in New York and the Lower Hudson Valley.”
The AASP was created to help provide New York’s children with educational, interesting and fun activities to fill the vital three-hour gap directly after school. A growing body of research shows that children who participate in quality after school programs have higher school attendance and academic achievement, and are less likely to be involved in risky behaviors after school hours. Additionally, studies have found that children who attend quality after school programs have better relationships with their peers, fewer behavioral and emotional problems, better grades and fewer absences from school than their peers who are unsupervised after school.
AASPs are funded primarily through state funds and a contribution of federal Temporary Assistance to Needy Families (TANF) funds. The funds were awarded following a competitive Request for Proposal process with regional allocations based on the number of children aged five through 17 residing in each OCFS-designated region and in the five boroughs of New York City, according to the 2010 Census.
Of the total number of programs awarded grants, OCFS is funding 16 programs designated as NYS Community Schools and/or applicants located in Community, Opportunity, Reinvestment (CORe) neighborhoods. Governor Cuomo launched the NYS Community Schools initiative in 2013, a statewide program that is transforming schools in distressed communities into hubs for a wide range of support services for children and their families, including health care, counseling, nutrition, and job preparation services. He proposed the CORe initiative to better align State support with local needs while supporting successful community-based efforts, allowing the State to better allocate resources to make measurable and sustained progress in improving high-need communities.
The 2014 awardees are as follows:
About OCFS
OCFS serves New York by promoting the safety, permanency, and well-being of children, families, and communities, and regulates more than 21,000 child care providers with a capacity for more than 708,000 children. For more information, visit ocfs.ny.gov, “like” the New York State Office of Children and Family Services Facebook page, or follow @NYSOCFS on Twitter. OCFS also maintains a Spanish-language Twitter account, @NYSOCFS_espanol.