U.S. Senator Charles E. Schumer today announced that, after his push, the Federal Aviation Authority (FAA) is moving forward on the construction and installation of runway lighting systems at JFK, LaGuardia and Newark Airports. 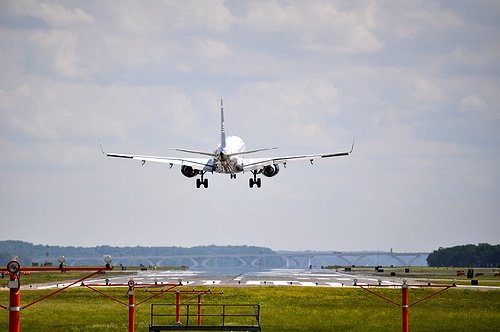 New York, NY - May 21, 2015 - U.S. Senator Charles E. Schumer today announced that, after his push, the Federal Aviation Authority (FAA) is moving forward on the construction and installation of runway lighting systems at JFK, LaGuardia and Newark Airports. In January, in light of a near-collision at JFK Airport, and a series of other collisions or near-misses in recent years, Schumer publicly urged the FAA to expedite construction and installation of Runway Status Lights –red lights embedded into the runway that can be turned on to signal to pilots that a runway is not safe to cross -  at JFK, LaGuardia and Newark Airports. In 2007, Congress provided the necessary $36 million for New York’s airports to receive this system, however, construction had been delayed and deadlines for making the systems operational had been missed.

Schumer today announced that as a result of his urging the FAA has committed to an expedited timeline for construction and for making the systems operational:

·         LaGuardia Airport: Lights will be operational this summer

·         Newark Airport: Lights will be operational this fall

·        JFK Airport: Lights on runways 13L/31R will be operational by the end of the year. Installation of the JFK lights on the other runway and taxiway will begin in October, and expected to be operational in 2016.

“Runway Status Lights are an essential, new technology meant to prevent airplane collisions and crashes on the ground, and today, after a long delay, we can finally say that they have been approved for takeoff at New York’s 3 major airports,” said Senator Schumer. “We all know that New York’s airspace is the busiest in the nation, and that’s why it is essential that our airports have the tools they need to stay safe. I am pleased that the FAA heeded my call and is moving forward on installing this critical safety measures at JFK, LaGuardia and Newark.”

According to the FAA, Runway Status Lights are designed to reduce the number, and severity of runway accidents between aircrafts, and serve as an added layer of safety without impacting traffic flow. There are two kinds of lights: Takeoff Hold Lights and Runway Entrance Lights. The lights are embedded in the pavement of runways and taxiways, and turn red to tell pilots and vehicle operators to stop when runways are not safe to cross. The lights automatically turn red when other traffic makes it dangerous to enter, cross or begin takeoff. The lights require no input from controllers and are designed to supplement existing air traffic controller tools and procedures. The system is based on inputs from surface and terminal surveillance systems, like sensors on the runway, radar, satellite and other high-tech systems. Schumer said that in the 9 airports across the country where Runway Status Lights have been installed, there’s been a clear improvement in safety. It has been found that this system provides timely warnings to pilots of potential conflicts, it creates no interference with air traffic operations and the lights have decreased potential runway incursions. Over the course of more than two years at Dallas Fort Worth Airport, runway incursions dropped by 70%.

Schumer highlighted several near-collisions at New York airports in recent years. He said that while there is no way to determine after the fact whether Runway Status Lights would have prevented these collisions, it’s clear that additional safety measures are critical to avoid future tragedy:

·       December 2014: The wingtip of a Southwest plane, which had 143 passengers and crew members on board, fell off after impact with an American Airlines plane, which also had 143 people on board, at LaGuardia.

·       October 2014: A Chautauqua Airlines jet (operating under the Delta name) with 44 passengers was clipped by a Royal Jordanian Airlines plane carrying 159 passengers at JFK. The Delta jet was parked and waiting to approach the gate when the nose of the other aircraft hit the plane’s tail.

A copy of Schumer’s original letter appear below:

I write today in response to an incident over the weekend in which a Caribbean Airways plane (Flight 526) nearly collided with a JetBlue plane (Flight 1295) at John F. Kennedy International Airport. Luckily, the alert JetBlue pilots noticed the Caribbean Airways plane and were able to avoid what could have been a deadly collision. That said, this situation could have been prevented had the Runway Status Lights (RWSL) slated for construction at JFK been fully installed and operable. The FAA has a program focused on installing RWSL at a number of airports, and those airports included in Phase I of that program, like JFK, should already be operable. I urge you to expedite the construction of the remaining RWSL systems that are part of Phase I and quickly move forward with identifying additional airports where the installation of RWSL systems could help prevent runway incursions and incidents like this to be part of Phase II.

In 2005 the FAA began testing the effectiveness of RWSL at the Dallas-Fort Worth International Airport and in 2008 began entering into agreements with airports to install these new systems more broadly. The FAA moved forward with this program because it correctly recognized the importance of RWSL in preventing runway incursions and accidents. The National Runway Safety Plan of 2009-2011 laid out a goal of beginning the installation of RWSL at 17 airports by FY2010. Yet, despite the fact that funding for the program has been in place for over 6 years, the FAA has only achieved full operability at 9 of the 17 planned airports – this is simply unacceptable.

Furthermore, despite being included on the FAA’s original list of 17 Airports, RWSL is not yet operable at any of New York’s 3 major airports – JFK, LaGuardia, or Newark. The necessary funding for these systems has already been provided by congress including the $11M needed to install the system at LaGuardia, the $12M needed to install the system at Newark, and the $13.4M needed to install the system at JFK. With the funding in place it is of paramount importance that construction be completed as soon as possible and operability be achieved, so that dangerous incidents like the one this weekend can be avoided.  Given the importance of these systems I urge you to expedite the remaining steps needed to achieve full operability at the 17 Phase I airports and quickly move forward with identifying airports and a plan for Phase II of this important project.

Thank you for your attention to this issue and for your continued efforts to help make our skies and our airports safe.