Islip received over 13 inches of rain in a single day. 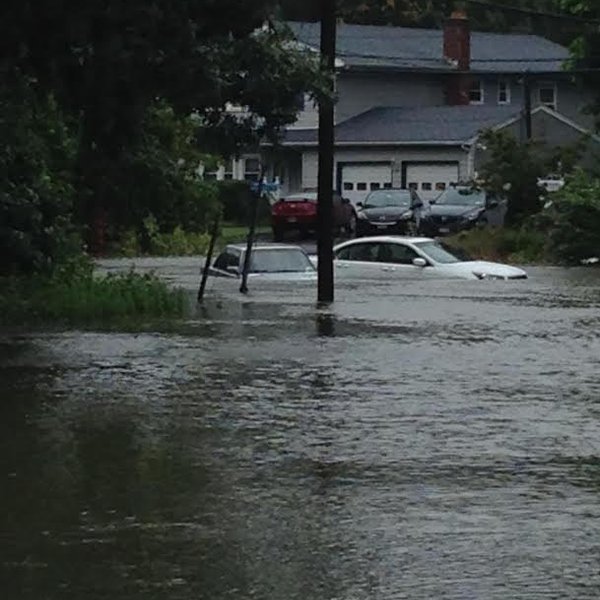 Update - 1:00 PM - Town of Islip Supervisor Tom Croci declared a state of emergency to expedite the recovery process as services and equipment are brought in to clean up a record 13.1” or rain that flooded the area over the course of 12 hours. Islip’s MacArthur Airport is open, though delays have been caused by the rain. Islip also cancelled all of day and evening Youth and Senior Recreational Programs, and closed Town of Islip ocean beaches on Fire Island for the day. Town Bay beaches will remain closed tomorrow, August 14.

“All Town personnel and equipment have been dispatched and will work round-the clock to ensure the health, safety and welfare of our residents,” Supervisor Croci said.

Governor Cuomo announced that he had dispatched resources including equipment, personnel, and water pumps to Long Island to help in the cleanup process. 8 major roads were still closed at 10 AM due to flooding, and the north service road of the LIE in North Hills was closed due to an auto accident at 12:30 PM.

Update - 9:20 AM - The NCPD has announced that the Seaford Oyster Bay Expressway is now open southbound between exits 7 and 8.

Original Story - Flooding on the road has made a mess of the morning commute for many Long Islanders. Many roads across LI have either been closed or become impassable, and delays have occurred on every branch of the LIRR. Service on the Port Jefferson Line was outright suspended between Port Jeff and Huntington due to flooding conditions east of Smithtown.

As heavy rains continue to pound the island the National Weather Service has extended several flood warnings for the region. As Flash Flood Warning remains in effect until 9:15 AM for Suffolk County and 9:30 AM for Nassau. The NWS has also issued an urban flood advisory for the Island until 10:45 AM, as well as a less severe Flash Flood Watch through 2 PM.

Reports of flooding along numerous roads, including parts of the Southern State Parkway, have come in, and the NCPD announced a traffic advisory this morning for Bethpage where southbound Seaford Oyster Bay Expressway has been closed between exits 7 and 8 due to flooding.

Rain will continue this morning at rates as high as 2-3 inches per hour and up to 4 in isolated areas, and some locations have already reported over 10 inches of rainfall. Holbrook received 10.82 inches by 7:05 AM and Islip Airport recorded 12.27 inches by 7:15 AM. If rain continues at a strong enough pace Islip may break its record for highest total rainfall in the month of August, which stands at 13.78 inches, in a single day.

The NWS reports that there have been numerous road closures and several water rescues this morning, cautioning that most flood-related deaths occur inside automobiles. A foot of flowing water can be enough to push cars off the road.

For the most up to date weather information, visit the Long Island Weather Center.

To plan your commute before you go visit the Long Island Traffic Cameras and Traffic Map.

Click here for images of flooding around Long Island.