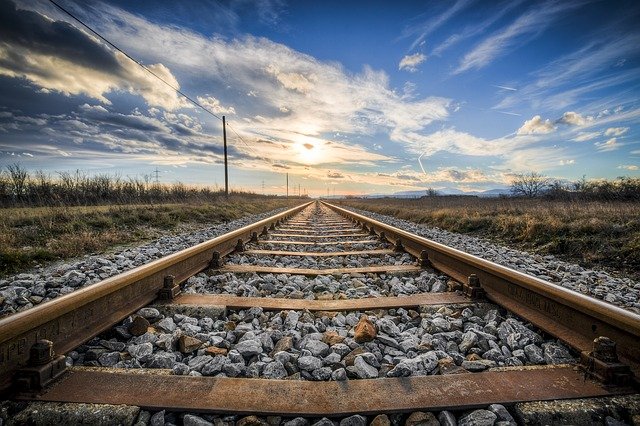 Long Island, NY - August 8th, 2017 - The Long Island Rail Road and a coalition of East End elected officials and community groups discussed proposals for enhancing train service on the North Fork (Ronkonkoma to Greenport) and South Fork (Speonk to Montauk) recently.
In the latest in a series of discussions between the LIRR and East End elected officials and members of the public, the North Fork representatives expressed support for additional Morning and Mid-day service. The revised weekday schedule would increase service to Greenport to four roundtrips between Greenport and Ronkonkoma and would allow for a mid-day arrival in New York City as requested by North Fork community members. Additional Ronkonkoma – Greenport roundtrips were also proposed for weekend summer service, which would provide more opportunities for day trippers heading in either direction.
On the South Fork, discussions centered around opportunities to provide additional intra-island travel east of Speonk. The proposed service enhancements would provide new morning and evening opportunities for commuting east of Speonk, as well as additional mid-day travel. The additional intra-island service aims to give customers transportation choices and reduce traffic congestion along the South Fork.
Assemblyman Fred W. Thiele, Jr. said, “My thanks to the Long Island Rail Road for their continued efforts to increase and improve train service to the East End. Our journey to provide more trains and commuter service for our local residents has taken a major step forward. We challenged the LIRR to provide additional service opportunities to be more responsive to local residents and businesses and they delivered. With continued dialog expected between the LIRR and North Fork business communities in July, changes to the Greenport weekday schedule could go into effect as early as November. On the South Fork, progress has been made on a schedule for the ‘Commuter Connection,’ which would provide daily Intra-Island commuter service on the South Fork, and now South Fork officials will continue to identify long-range infrastructure planning needs and the next steps to implement the service and make it successful, such as providing last-mile connections to businesses.”
"This is a terrific example of individuals, groups and elected officials coming together to develop a plan to improve LIRR service on the East End. The Railroad has listened to residents and has been responsive in committing to service improvements, which will go a long way in meeting the changing transportation needs of eastern Long Island. It has been a pleasure to work with Assemblyman Thiele who has done an exemplary job of coordinating this effort. My thanks to the Long Island Rail Road and all those who have committed their time and talents to achieve these goals," said Senator Ken LaValle.
Legislator Bridget Fleming said, “For years, East Enders have faced limited options for public transportation. This has meant extraordinary traffic congestion, economic burdens on businesses and their employees, and over-reliance on individual cars. I applaud the LIRR, and especially Assemblyman Fred Thiele, for recognizing the needs of our community, and for taking important steps address them, with additional service that will improve the environment, the economy, and quality of life for the East End.”
“The goal is to get more cars off our congested roadways and to provide more service options for those visiting and commuting to and from the East End,” said Legislator Al Krupski. “This increased service will go a long way in helping to achieve this aim. I want to thank Assemblyman Fred Thiele for his leadership, the various stakeholder groups for their continued advocacy and the LIRR for their responsiveness.”
East Hampton Town Supervisor Larry Cantwell said, "Improving rail service to the South Fork is one of the only opportunities to decrease the growing vehicle traffic crisis in this region. I am encouraged by the unified efforts of the Towns of East Hampton and Southampton, LIRR, and Assemblyman Thiele and Senator LaValle to bring improved train shuttle services to the South Fork."
“I’m encouraged by the level of cooperation we are receiving from the LIRR,” said Southampton Town Supervisor Jay Schneiderman. “Morning and afternoon commuter trains will reduce traffic congestion and allow our workforce an affordable and reliable new way to get to their jobs on time.”
Shelter Island Town Supervisor Jim Dougherty said, “As the Expressway and local North and South Fork roads get increasingly choked with traffic, drastically increasing travel times, Shelter Islanders look to the convenient LIRR depot in Greenport, footsteps from our North Ferry, as a promising alternative and welcome additional trains to Greenport.”
Southold Town Supervisor Scott Russell said, “This is terrific news for the people of the East End. Once again Assemblyman Thiele and Senator LaValle have delivered for us.”
Prior to implementation of the service, LIRR staff will advise the MTA Board of the anticipated service changes. At that point, a timeline for service implementation would be developed, while the railroad reorganizes crew and equipment allocations. LIRR anticipates weekday North Fork service enhancements beginning before the end of the year, with additional summer service to commence in 2018. For the South Fork, planning for the additional service is continuing and could begin as early as 2019.