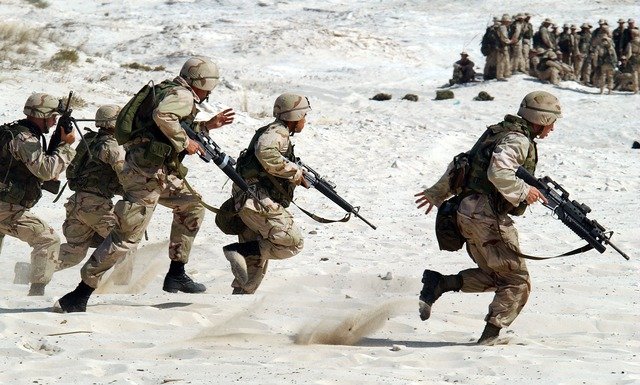 New York, NY - July 28, 2017 - In a letter to the Senate and House Armed Services Committees, New York Attorney General Eric T. Schneiderman today joined a coalition of 19 attorneys general expressing their opposition to the President’s ban on transgender people serving in the Armed Forces.
“Transgender Americans who fight for our country deserve a government that will fight for them in return,” said Attorney General Schneiderman. “We will fight to ensure all New Yorkers – and all Americans – are treated with dignity and fairness.”
The letter was led by Hawaii Attorney General Douglas Chin and signed by the attorneys general from Hawaii, New York, California, Connecticut, Delaware, Illinois, Iowa, Maine, Maryland, Massachusetts, Minnesota, New Mexico, Oregon, Pennsylvania, Rhode Island, Vermont, Virginia, Washington, and Washington D.C.
On Wednesday, the President by tweet announced a new ban on transgender service members, citing unnamed support from military leadership. In response, the attorneys general declare the ban is discriminatory and, despite the President’s claims otherwise, is actually harmful to military readiness. The letter notes that approximately 150,000 transgender service members have served in the United States Armed Forces:
“Transgender service members fill a number of critical military roles. Retaining these talented service members strengthens—not weakens—our military readiness.”
The attorneys general remind the House and Senate committees of the honorable service performed by transgender service members, writing:
“The members of our Armed Forces put their lives on the line to protect freedom for all Americans. Thousands of transgender Americans serve in uniform today. This policy tells them, ‘you are not welcome here.’ The decision to oust honorable, well-trained, and patriotic service members based on nothing more than their gender identity is undiluted discrimination and therefore discrimination and therefore indefensible. We urge that this newly announced policy be immediately reversed.”
This letter is the latest in Attorney General Schneiderman’s efforts to protect the civil rights of transgender individuals – including leading a coalition of AGs that filed an amicus brief in support of Gavin Grimm in Gloucester County School Board v. G.G.; and issuing guidance with the New York State Education Department, making clear that New York school districts have independent duties under state and local law to protect transgender students from discrimination and harassment in their schools.
A copy of the letter is available here.