Police responded and pulled him out within minutes. 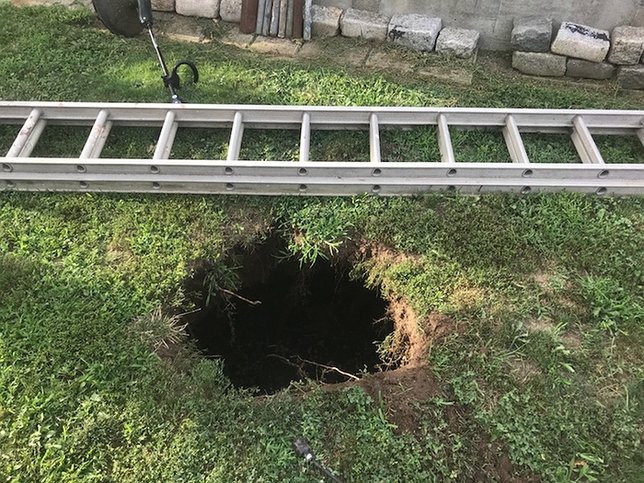 An 88-year-old man was doing yard work with a weed walker at his home in North Bay Shore when a cesspool collapsed, creating a sink hole that he fell into.

According to a Suffolk County Police report, the man was able to hold his head above the contents inside the cesspool using the electrical cord from his weed whacker. He was found by his wife, who called 911 at about 5:30pm.

Officers from the third precinct responded to the scene and were able to use an emergency life ring to keep the man afloat. The officers quickly pulled him out of the expanding hole.

The man was taken via ambulance to Southside Hospital in Bay Shore with non-life-threatening injuries.