A missing Huntington man who is believed to be suicidal has been located. 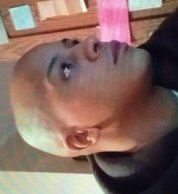 Huntington, NY - August 4th, 2014 - The Suffolk County Police Department has issued a Silver Alert for a missing Huntington man who is believed to be suicidal.

Suazo, who uses the nickname Jerry, is described as black, approximately 6 feet tall, 175 pounds and is bald.

Anyone with information about his location is requested to contact police by calling 911 or Second Squad detectives at 631-854-8252.