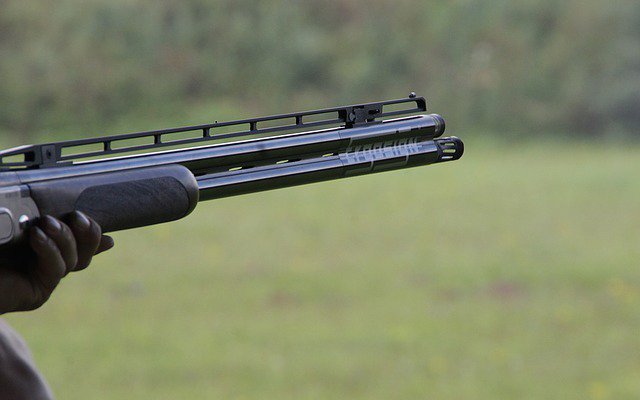 Long Island, NY - August 2, 2017 - New Yorkers Against Gun Violence announced today its condemnation of H.R. 3576, a federal bill introduced by Congressman Chris Collins (R-NY 27) that would preempt state and local gun safety laws regulating rifles and shotguns, including background check requirements on the transfer of these guns.
The bill would pose a danger to New Yorkers by overriding the common sense gun laws enacted by state and local governments. New York Governor Andrew Cuomo has also condemned this federal proposal and expressed strong support for New York State's gun safety laws.
"Representative Collins' dangerous proposal is a drastic, politically-driven attempt to override state and local laws that reasonably regulate the sale and transfer of shotguns and rifles, including assault weapons and high capacity magazines," said Rebecca Fischer, Executive Director of New Yorkers Against Gun Violence.  "This extreme federal legislation would even gut applicable background check requirements and allow felons, domestic abusers, and others who are a danger to themselves or others to easily access such guns. New York has the third lowest gun death rate in the nation and our common sense gun laws have prevented gun deaths and injuries across our state. We condemn this unconscionable, gun lobby-backed bill that undermines states' rights and threatens the lives and well-being of families and communities in New York and across the country," she added.
"It is interesting that Congressman Collins holds himself out as having conservative values and yet he is pushing a bill that would challenge the rights of states and localities to set policy regarding gun sales," said Gary Pudup, NYAGV's Western New York Coordinator. "This extreme federal bill is both vague and overly broad and could easily be challenged as unconstitutional. As a gun owner and retired police officer myself, I also find it incomprehensible that any reasonable, law-abiding gun owner would be in favor of eliminating background checks on the sale of rifles and shotguns," he added.
New Yorkers Against Gun Violence is a statewide organization working to reduce gun violence through advocacy and education designed to encourage action, influence public opinion and lead to policy change. With a primary focus on New York State, the organization also advocates at the local and national levels for sensible gun laws, policies and practices that protect New York State residents from gun violence.