Today, National Grid is announcing a leadership transition in the US, as part of a long-planned succession effort led by the company’s Board of Directors. 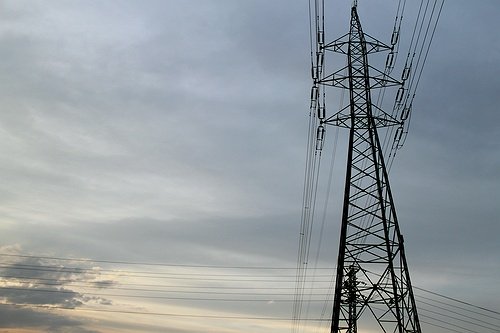 Long Island, NY - October 23, 2014 - Today, National Grid is announcing a leadership transition in the US, as part of a long-planned succession effort led by the company’s Board of Directors.

After nearly eight years of driving success in the U.S., Tom King, President and Executive Director, will be leaving National Grid at the end of the company’s fiscal year, March 31, 2015.

Dean Seavers, a former GE and United Technologies executive, is King’s successor. The two will work together for four months, to ensure the best possible leadership transition, and to continue delivering on the company’s priorities – safety, reliability, affordability, and customer and community responsiveness – as it builds the gas and electric networks for the twenty-first century.

Seavers’ official start date is December 1, 2014. King will remain on the Board of National Grid until March 31, 2015, at which time he will be succeeded by Seavers as U.S. President and Executive Director.

"Tom King has made an enormous difference to the performance of National Grid during a period of significant regulatory engagement,” said Steve Holliday, Chief Executive Officer of National Grid. “Tom’s experience and judgment through this process was invaluable. He leaves behind an organization well aligned to meet the needs of its consumers and regulators.”

Under King’s nearly eight-year leadership tenure, National Grid’s U.S. business has enjoyed a successful turnaround, with improving returns and customer service led by a program of regulatory engagement and filings, plus a major restructuring in 2011. Since 2009, returns on equity have improved from 6.9% to more than 9%, representing a significant improvement in performance.

"I am delighted we have been able to find such a strong successor to Tom,” said Holliday. “We have an exciting agenda in the U.S., led by capital investment desperately needed by customers, large and small. Dean brings a wealth of experience in strategy and delivering performance improvement; that enhanced focus on strategic and operational excellence will enable the business to continue to deliver strong customer results for years to come.”

Seavers joins National Grid after a career that has included leadership roles at GE, United Technologies, and Tyco. He led GE Security, a $2 billion product and technology group, and he also led a $4 billion global services portfolio for United Technologies. At Red Hawk Fire & Security, Seavers’ most recent venture, he is the founder and serves as President and CEO.

“I am excited to be joining National Grid at this time,” said Seavers. “We are well-positioned for continued success, with many opportunities ahead to grow the business and drive further performance improvements. We have exceptional talent at National Grid, which is differentiating the company as a leading U.S. energy distributor and innovator with a strong reputation for efficiency, customer service, and integrity. I am looking forward to making a contribution to that success.”

“I am proud to leave behind a strong business with an excellent management team and track record of improving returns,” said King. “With a strong focus on delivering organic growth and performance improvement, it now feels like the right time to transition the leadership of the business to new hands. After the end of my tenure, I will continue to watch National Grid’s progress with great interest.”

National Grid has articulated a strategy called Connect21 to respond to rising customer expectations and opportunities for innovation in the U.S. It aims to transform our pre-digital twentieth-century energy infrastructure to meet the needs of an increasingly robust and agile twenty-first century digital economy with a range of data-driven, value-added services.

Connect21 outlines the ways National Grid will make smart and significant investments in our networks to allow customers increased flexibility, speed, and nimbleness. This effort will also require regulatory innovation, and our regulatory partners in New York and New England have responded with significant advancements, including New York’s Reforming the Energy Vision (REV) and the Massachusetts Grid Modernization proceeding, both in which we are actively engaged and driving for success.